Five people, including a former hospital executive and two surgeons, are charged with a massive kickback scheme that resulted in billing $580 million to the government and insurance companies, authorities announced.

Two already pleaded guilty and the others have agreed to plead guilty in connection to the scheme, which involved paying tens of millions of dollars to dozens of doctors, chiropractors and others to refer patients to two Southern California hospitals for spinal surgeries, according to a statement from the U.S. attorney’s office.

“Some of the patients lived hundreds of miles away from Pacific Hospital, and closer to other qualified medical facilities. The patients were not informed that medical professionals had been offered kickbacks to induce them to refer the surgeries to Pacific Hospital,” the U.S. attorney’s statement said. 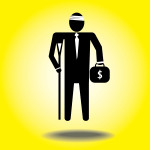 “Injured workers were treated like livestock by doctors and hospitals who paid or accepted kickbacks and bribes in exchange for referrals,” California Insurance Commissioner Dave Jones said in a statement.

Calderon, D-Montebello, allegedly accepted about $100,000 in exchange for promoting legislation to expand Hollywood tax credits and to protect the financial interests of Pacific Hospital, which benefited from a provision of the workers’ compensation law.

In the other cases, charges were filed against two people on Tuesday, and three previous cases were unsealed Monday.

Orthopedic surgeons Philip Sobol of Studio City and Mitchell Cohen of Irvine and Alan Ivar, a Las Vegas chiropractor who used to live in Southern California, have agreed to plead guilty to conspiracy or other charges.

Under terms of their plea agreements, Sobol could be sentenced to up to 10 years in federal prison while Canedo, Ivar and Randall could get up to five years. Cohen faces up to three years for filing a false tax return.

“Health care fraud and kickback schemes burden our health care system, drive up insurance costs for everyone, and corrupt both the doctor-patient relationship and the medical profession itself,” U.S. Attorney Eileen M. Decker said in a statement. “The members of this scheme treated injured workers and their spines as commodities, to be traded away to the highest bidder. This investigation should send a message to the entire industry: patients are not for sale.”

The five defendants will have to pay restitution, which in Canedo’s case will be at least $20 million, authorities said.

AM Best: Credit Ratings of Golden Bear in California Under Review with Negative Implications