Federal officials said Tuesday further testing was unable to confirm the presence of E. coli in the onions and celery used to make chicken salad at Costco warehouses across the country.

But the Montana public health officials who did the initial testing also said this week that doesn’t mean their earlier findings were invalid.

The U.S. Centers for Disease Control and Prevention said in a news release that the onion and celery mix from Taylor Farms Pacific has not been ruled out as the source of the E. coli outbreak that made 19 people sick in seven states and sent five people to the hospital.

Taylor Farms has recalled the vegetable mix from Costco and other retailers. 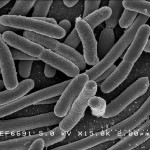 Jim Murphy, chief of the Communicable Disease Bureau in the Montana health department, said they definitely found bits and pieces of the DNA from the E. coli 157 bacteria in the vegetable mix sample they took from a Montana Costco.

The next step would have required finding some live bacteria to grow in the lab and do genetic fingerprinting and positively match the E. coli with the samples taken from people who got sick.

“We were not able to find live viable organisms,” Murphy said. “We kind of caught the sample too late and we just found the remnants.”

But that does not make Murphy or his team doubt the results of their initial tests. They did repeated testing and got consistent results, he said.

The CDC and the Food and Drug Administration continue searching for a definitive cause of the E. coli outbreak, but as Murphy said, that becomes more difficult the further they get from the outbreak, which started in late October.