The EPA said last week it filed a complaint seeking penalties for violations found during two facility inspections in 2011.

KUOW-FM reported the violations didn’t result in any injuries but the EPA says prevention is critical at oil and gas refineries.

A Tesoro official says the company has cooperated with the agency but believes “the EPA’s claims are wrong on the facts and the law.” 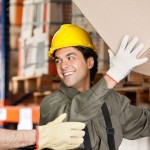 In 2010, an explosion at the refinery killed seven workers. Tesoro is appealing $2.4 million in fines related to that case.

The refinery supplies gasoline, jet fuel and diesel to markets in Washington and Oregon. About 350 people work on site.