Robert Meseer, 63, of Westminster, was arrested by California Department of Insurance investigators on 32 felony counts of grand theft, insurance fraud, and forgery after acting as an insurance agent to allegedly steal more than $140,000 from several business owners.

Evidence revealed Meseer, doing business as MRM Insurance, began illegally managing MRM Insurance after a relative’s license expired in 2009. The relative had been operating the agency, which gave Meseer access to client files and allowed him to implement various schemes to bilk premiums from unsuspecting policyholders, according to CDI investigators.

After receiving a referral from a business owner who discovered Meseer had issued them a bogus insurance certificate listing a nonexistent insurance company, the CDI launched an investigation. 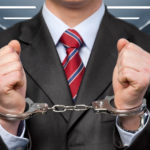 Additional evidence revealed numerous alleged violations by Meseer, including issuing bogus insurance documents, overcharging several times the amount of the premium, giving inflated billings, not disclosing the true cost of coverage to customers, renewing policies without forwarding’ premium payments, and even soliciting new insurance business, all without a proper license, the investigation showed.

Meseer was booked into Orange County Jail and bail is set at $100,000. The Orange County District Attorney’s office is prosecuting this case.

“Meseer’s alleged criminal acts exposed victims to thousands of dollars of financial risk and loss,” Insurance Commissioner Dave Jones said in a statement. “It is important for consumers and businesses to check on the license status of any agent in order to protect themselves and their finances.”