An administrative law judge at the California Department of Insurance found that State Farm overcharged customers $85 million and ordered the carrier to issue refunds and reduce rates.

The judge determined that since July 15, 2015, State Farm’s premiums for homeowners insurance have been excessive and ordered State Farm to refund policyholders for overcharges collected after July 15, 2015.

The judge also ruled that State Farm must decrease its homeowners insurance rates by 7 percent.

California Insurance Commissioner Dave Jones must decide whether to approve the judge’s decision. 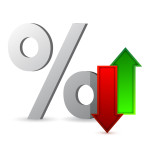 State Farm responded through a written statement that the carrier is reviewing the administrative judge’s decision and waiting to see what final action the California Department of Insurance will take.”

“State Farm General Insurance Company’s highest priority is to keep our promises to our California policyholders and be there when they need us most. To keep this commitment, we must maintain our financial strength by appropriately matching our rates to the amount of risk we’re insuring.

State Farm General Insurance Company policyholders in California are particularly vulnerable to significant losses from fires following earthquakes and wildfires, as last year’s Valley and Butte fires illustrate. California is in the middle of its fifth year of drought, and continues to face the serious threat of wildfires in 2016.

We are reviewing the proposed decision issued by the Administrative Law Judge and waiting to see what final action the California Department of Insurance will take based on this proposed decision.”