California Commissioner Dave Jones on Wednesday asked Consumer Watchdog to retract a news release about State Farm that he said “includes inaccurate statements and is misleading.”

The Consumer Watchdog news release issued on Tuesday was picked up by media outlets, including Insurance Journal. The release stated that an administrative law judge ordered State Farm to refund policyholders at least $85 million for overcharges, and ordered that going forward the carrier must decrease its homeowners insurance rates by 7 percent.

“To the contrary, no such order has been issued by an administrative judge or by Insurance Commissioner Dave Jones,” a release issued from the commissioner’s office states. “No final decision has been made on the State Farm rate case. Commissioner Jones has the final authority in the case and will make a final decision at the conclusion of the case, which is still pending.” 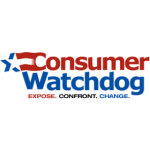 In the statement Jones asks Consumer Watchdog to “retract its false and misleading news release and respect the Proposition 103 rate setting process in this case.”

Consumer Watchdog’s news release causes consumers and the media to believe “that consumers are now entitled to a rate rebate and reduction, when no such order has been issued,” the release states.

The commissioner’s release notes that the judge made a recommendation as a proposed decision for Jones to consider based on evidence and arguments made at a State Farm rate hearing.

Jones has ordered the case to be returned to the judge to hear additional evidence.

After evidence is taken by the judge, the rate case will be formally submitted to Jones to consider, after which he will make a decision and issue a final order, according to Jones’ release.