New Mexico failed to collect at least $193 million in taxes on insurance premiums over the past five years, even as the state struggles this year to close a major budget shortfall, according to an independent review of collections.

New Mexico State Auditor Tim Keller said the unpaid premium taxes can still be recovered and are likely to far exceed $200 million based on a sampling of underpaid taxes by five insurance companies. Pursuing the unpaid taxes might ease pressure to cut programs or raise taxes, said Keller and other state officials.

New Mexico ended the fiscal year in June in a fiscal deficit and expects revenue to fall more than $400 million short of covering this year’s $6.2 billion general fund spending plan. Executive agencies have been directed to trim spending by 5 percent as lawmakers prepare for special legislative session as soon as next week to resolve the shortfalls.

“This is probably the largest accessible piece of money that the state has identified in several years,” Keller said. “There’s more money out there. We don’t even know how much.”

Tax collections on health, property, life and other insurance premiums are overseen by a division of the Office of the Superintendent of Insurance. Keller criticized the agency for relying too heavily on taxpayers and the honor system to ensure accurate payment. 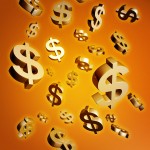 Insurance Superintendent John Franchini said Wednesday that his agency plans to perform a close audit of “certain portions of our premium tax collections” within 30 days and bill unpaid balances.

He also said a civil investigation initiated in December 2015 still is underway by his agency’s fraud bureau into insurance companies and premium taxes. He described the investigation as “ongoing and very detailed” but declined to provide further details.

The missing $193 million was outlined in a state-commissioned review by audit and accounting firm CliftonLarsonAllen. That review says tax-filing errors were not caught because of problems with computer software, internal agency controls and inadequate staffing.

Franchini said three people currently staff the division that oversees insurance premium tax collections, when it should have six. He said his agency hopes to quickly stop underpayments by adopting a system of tax-collection standards, rules and web-based computer software overseen by the National Association of Insurance Commissioners and used by more than 40 other states.

“I think our system is broken and we’re trying to fix it,” Franchini said. He also said blamed tax collection problems on outdated state regulations.

New Mexico collected $208 million in premium taxes during the fiscal year that ended in June.

Charles Sallee, head of program evaluation for the state’s Legislative Finance Committee, said the full extent of unpaid premium taxes remains unclear until more of the industry is surveyed.

“The state should be collecting what is owed, particularly given the state’s fiscal situation,” he said. “We’ll obviously be working with the insurance superintendent to find out how much and when.”