New Mexico’s superintendent of insurance pleaded Wednesday for more time to recover unpaid taxes on insurance premiums and investigate at least one company, after an outside audit uncovered $193 million in uncollected state revenue.

Insurance Superintendent John Franchini told a legislative oversight committee that two undertrained clerks had been left for several years to review premium taxes submitted four times a year by roughly 2,000 insurance companies, even though the work was intended for six employees.

Franchini said the collections office will be fully staffed by next week and that the agency will need two months to recover overdue funds and complete an investigation initiated in December 2015 that now involves at least one insurance provider.

A state-commissioned review by audit and accounting firm CliftonLarsonAllen found that five major insurance companies had underpaid taxes by $193 million. The audit results were made public last week without naming the companies. 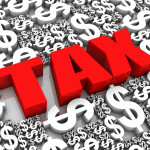 The missing funds have come to light as New Mexico confronts a major budget shortfall that may require a special legislative session to replenish exhausted operating reserves and address a general fund deficit forecast for the current year.

The state insurance superintendent said he long suspected there were problems and was supportive when the Legislature authorized in 2014 a review of the system for collecting taxes on premiums for health, property, life and other insurance.

At the same time, Franchini said he felt somewhat reassured as annual tax collections climbed steadily to $329 million last year _ a consequence of the state’s Medicaid expansion. “There wasn’t a bell ringing,” he said.

State Auditor Tim Keller urged lawmakers on Wednesday to commission a more thorough outside audit of premium tax collections to help recover unpaid taxes and ensure future collections, estimating the costs and benefits for a variety of financial reviews and possibly litigation.

“There’s a notion of urgency now,” Keller said. “We do feel it’s important to keep the spotlight on this.”

Lawmakers expressed puzzlement after Franchini provided a lower estimate of $100 million for unpaid premium taxes. Franchini said that the investigation by his agency’s fraud bureau prevented him from saying more.

Brandon Fryar, the Albuquerque-based president of Presbyterian Health Plan, told lawmakers he was confident that Presbyterian paid its premium taxes appropriately, but he still welcomed a second-party review.