A federal judge in Seattle has found that BNSF Railway could be held liable in a lawsuit claiming that coal spilled from trains pollutes waterways if environmental groups can show at trial that such discharges actually occurred.

Ruling in the case brought by seven environmental groups against the railroad, U.S. District Court Judge John Coughenour said this week that coal particles and dust that fall directly into waterways from passing trains are “point sources” of pollution under the federal Clean Water Act.

However, Coughenour declined to immediately find BNSF liable for any violations, saying significant facts remain in dispute. He denied requests from both sides for summary judgment and set the case for a Nov. 7 trial.

Seven environmental groups sued the railroad in 2013, arguing that it violated federal environmental law by allowing its trains to discharge coal and other pollutants into Washington state rivers and waterways without a permit.

BNSF spokeswoman Courtney Wallace said Wednesday the company is confident in its legal arguments and that its coal-loading rule eliminates most coal dust issues at the mines and throughout the region. 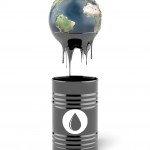 Hundreds of uncovered trains carrying coal from Powder River Basin in Montana and Wyoming traverse Washington state each year. The trains carry coal to export terminals in British Columbia, Canada, Centralia and other locations. More trains are expected if a proposed coal-export terminal is built in Longview.

The Sierra Club, Spokane Riverkeeper, Friends of the Columbia Gorge and others allege that coal chunks and coal dust fall off BNSF trains through holes in the rail cars, when coal trains encounter rough tracks, or get blown from open-top rail cars during high winds or fast speeds.

The coal breaks apart easily and contains mercury, arsenic, uranium and other toxins harmful to fish and human health, the lawsuit alleged. The discharges occur despite the use of topping agents or other suppressants, it adds,

The groups say they look forward to proving their case about the environmental harm from coal dust.

“This opens the door for the court to see the evidence collected across the Northwest of the impacts of these trains on our lakes and rivers,” said Jerry White Jr. of Spokane Riverkeeper.

The railroad issued rules in 2011 that require coal to be loaded in a bread-loaf shape to reduce issues with wind and then sprayed with one of several approved topper agents or an alternative to control dust.

A rail facility that opened last year in Pasco also added another layer of dust control by spraying trains carrying coal and petroleum coke with a topping agent at the facility, Wallace said.

Coughenour agreed with BNSF that coal released to land and from land to water aren’t considered a pollution point source. But coal that goes directly into water and coal dust that comes from passing trains directly above or adjacent to waters are pollution sources, the judge said.

BNSF also argued that federal interstate commerce laws pre-empt the relief that the environmental groups are seeking. The judge postponed that decision until after a possible finding of liability at trial.

Court documents show that in 2014 BNSF generated nearly $5 billion in revenue from the transportation of coal, which represented about 22 percent of its total freight revenue. Ninety percent of that coal originated in Power River Basin.