Jobs are growing in Nevada, and more people are coming to fill them, according to the state demographer.

State demographer Jeff Hardcastle said Nevada’s recovery was slow compared with the rest of the country, The Nevada Appeal reported.

“Nevada has recently regained the jobs that were lost since the peak of employment in 2007,” Hardcastle said. “Compared to the rest of the country and surrounding states, we were behind. But our 2.6 percent rate since the bottom is the second highest in our six-state region. This was due to strong growth in 2014.”

By July, the state had regained the jobs lost since employment peaked in May 2007.

Jobs lost nationwide had rebounded by 2014. 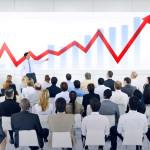 Nevada may buck a national trend of decreased employment in manufacturing, Hardcastle said. Nevada’s manufacturing industry could add 6,000 jobs in the next 20 years, she said.

Population projections say the state will gain nearly 426,000 residents by 2035.

“Preparing these projections reinforced how much economic and demographic conditions continue to evolve,” Hardcastle said. “The 2014 projections were for Nevada to grow by 528,107 for the period of 2013 to 2033. With this year’s projections, we’re now looking at an increase of 498,815 for that period.”

Most of the growth is expected in Clark and Washoe counties.

Annual population projections help the state plan its budget. The full report is available from the Nevada Department of Taxation.