A look back at the performance of a law reforming California’s worker’s compensation system that took effect in 2013 shows more than $1 billion in savings has been created. 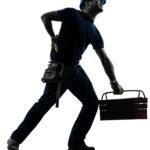 The latest report includes the WCIRB’s final comprehensive retrospective evaluation of the cost impact of SB 863 based on data emerging through the third quarter of 2016.

The WCIRB estimates the impact of SB 863 is an annual net savings of $1.3 billion, or 7 percent of total system costs, based on the latest data.

According to the WCIRB, the ultimate cost impact of several of the provisions of SB 863 will not be known for many years. This is the WCIRB’s fourth and final comprehensive retrospective evaluation of emerging post-SB 863.