Six months after a train hauling Bakken crude oil derailed along the Columbia River Gorge, Washington, Oregon and other officials are still tabulating a bill to send to Union Pacific Railroad.

Union Pacific said in a statement that it is committed to absorbing all the costs incurred as a result of the fiery crash on June 3 in Mosier, Ore.

The railroad reported $1.7 million in equipment damage and $176,811 in track damage to the Federal Railroad Administration, with the remaining millions for response and remediation costs.

Meanwhile, an intergovernmental group made up of officials with Mosier city, the fire district and a school foundation is currently in negotiations with the railroad over compensation and other issues. 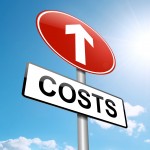 William Gary, a Portland-based attorney working with that Mosier group, declined to say what kind of compensation the government agencies are seeking. “We are in a confidential mediation at the moment,” Gary said. “We’re working with the railroad to resolve a host of fairly complicated issues.”

Three Oregon agencies that responded to the newspaper’s request for information, including the Department of Environmental Quality, say they’re seeking a total of nearly $400,000 in reimbursement costs. Those numbers could increase.

The Environmental Protection Agency’s bill is at $340,000, the newspaper reported.

And two Washington agencies that responded to the derailment are billing the railroad $66,000 next month, a Department of Ecology spokeswoman said.

Sixteen tanker cars that went off the tracks in June held 448,000 gallons of oil, but only 47,000 gallons leaked. Much of that went into a wastewater treatment unit, avoiding a more difficult river cleanup.

There remain unanswered questions, however, such as the degree to which the river was effected and what long-term effects there could be on the groundwater and soil.

Following the Exxon Valdez oil spill in Alaska waters in 1989, Congress passed the Oil Pollution Act in 1990. That law requires polluters pay for cleanup, remediation and response costs; they must have insurance and the funds to cover the cleanup.

To address the growing risks of oil movement through the state, the Washington Legislature in 2015 passed a law that will soon require railroads hauling crude oil to demonstrate the ability to pay damages in the event of a spill.

They will also be required to share information about the type of oil and the volume with the state and first responders. California and Minnesota have similar laws for railroads hauling crude, according to Washington’s Department of Ecology. But Oregon does not have such a law.