A Stanford University graduate student claimed in a federal lawsuit that the school failed to adequately investigate and discipline a former student who was a “known sexual predator” while attending the college and sexually assaulted her and other female students between 2011 and 2014.

The woman who sued was identified in court documents filed this week only as “Ms. Doe” and said she was assaulted in 2014 by the student identified as “Mr. X” when she refused his demands to perform sexual acts.

The lawsuit said her allegations against the male student were confirmed by a university investigation later that year. The woman is seeking a jury trial and unspecified monetary damages.

Stanford was already being investigated by federal authorities for its handling of sexual assault cases before the lawsuit was filed.

The alleged assaults listed in the lawsuit filed in U.S. District Court in San Francisco happened before Stanford swimmer Brock Turner attacked an unconscious woman near a trash bin in January 2015. 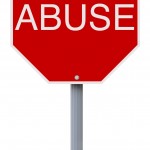 In another alleged assault detailed in the lawsuit, the man identified as Mr. X is accused of entering the dormitory room of an undergraduate student, choking her until she was unconscious and raping her.

Stanford in a statement declined to comment on the details in the lawsuit, citing laws that protect student privacy, but said the university will defend itself and file a response in court soon.

Stanford also suggested its ability to respond to allegations about the male student was limited because one or more alleged victims did not cooperate with university investigators.

“Without the cooperation of victims, regrettably the university is very limited in what it can do,” the statement said. “Nonetheless, we provide support to sexual assault survivors and will investigate and adjudicate cases if survivors later change their mind.”

Turner served half of his sentence and moved back to his home state of Ohio in September, where he registered as a sex offender.