The California Workers’ Compensation Institute said this means the mileage rate that California workers’ comp claims administrators pay injured workers for travel related to medical treatment or evaluation of their injuries will need to be adjusted to the new IRS rate for travel on or after Jan. 1, 2017, regardless of the date of injury, though the current rate of 54 cents per mile rate should be paid for all 2016 travel.

California’s labor code requires claims administrators to reimburse injured workers for such expenses at the rate adopted by the director of the Department of Personnel Administration for non-represented (excluded) state employees, which is tied to the IRS published mileage rate. 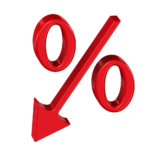 There have been multiple mileage rate changes since 2008, so the California Division of Workers’ Compensation has posted downloadable mileage-expense forms under Claim and Court Forms on the Forms page of its website, which show applicable rates based on travel date.

A new form with the 2017 rate is expected to be posted shortly, but it should not be used until reimbursements are being made for 2017 travel. In the meantime, claims organizations should alert their staff and programmers that the rate will drop to 53.5 cents per mile for travel on or after Jan. 1, 2017.