That marks the end of the tax credit program with the expiration of its authorization.

According to the California Department of Insurance, CDFIs submitted 116 applications to COIN requesting tax credits of $36.7 million on $183.3 million of investment supporting the creation of more than 7,000 jobs.

Demand exceeded the $10 million in available tax credits, which supported $50 million or more in capital from insurance companies and other investors for community development, according to the department. 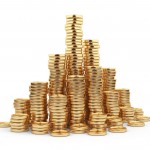 The COIN CDFI tax credit program has provided tax credits to investors and helped CDFIs raise funds for projects creating social and environmental benefits to low-to-moderate income households or areas, as well as rural communities in California. Since the inception of the COIN CDFI tax credit program in 1997, more than $335 million has been invested in COIN Certified CDFIs throughout California, according to the department.

For this award cycle, a 15 insurers and four banks made investments in 11 CDFIs supporting a range of programs. The insurers were awarded a of $8.45 million in tax credits supporting $42.3 million in investments representing 85 percent of the total award allocation.

“While the COIN CDFI tax credit program has enjoyed significant success in attracting needed investments into California’s underserved communities, this marks the final tax credit cycle with the lack of a reauthorization,” Jones said in a statement. “This one-of-a-kind program has blazed an extraordinary path over the past two decades in creating innovative public-private partnerships between communities and the insurance marketplace.”