A former theater professor at Dixie State University in Utah who was found not guilty of assaulting a student is suing university faculty and staff members for more than $22 million over his termination.

The Spectrum of St. George reported Varlo Davenport is seeking reinstatement to his job. The suit filed Friday comes six months after Davenport was acquitted of assault for allegedly grabbing a student’s hair and pulling her head back during an acting class in 2014.

During trial, Davenport’s attorneys argued the contact was part of an acting technique to help actors access emotions relating to characters they may be playing. 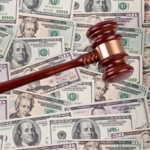 Davenport’s lawsuit claims he was targeted by the university, even as evidence mounted to support that the student hadn’t been hurt.

DSU spokesman Jyl Hall says the university hasn’t yet been served with the complaint.

Aon’s Price Tag for Scrapped Deal to Buy Willis Rises to $1.4B