Native Americans, environmentalists and a fishing guide spoke out this week in support of two Oregon bills that aim to prevent, or at least mitigate, an ecological disaster like an oil spill into the Columbia River.

One bill would require railroads that own or operate high-hazard train routes to adopt oil-spill prevention and emergency-response planning, and ensure they carry adequate insurance to address a worst-case spill. The other bill would prohibit the Legislature from funding new bulk coal or oil terminals.

Trains carrying oil travel through Oregon to destinations elsewhere, and among the shipments is the highly volatile crude from the Bakken Crude from North Dakota. It was that type of oil that was in a train that derailed and caused a fire near Mosier on June 3 along the pristine Columbia River, a key salmon habitat fished by Indian tribes. The crash released oil alongside tracks that parallel the Columbia River.

“Our tiny town was nearly wiped off the map,” Mosier Mayor Arlene Burns told the House Committee On Energy and Environment. She said that if the winds that normally sweep through the Columbia River Gorge had not been calm that day, a conflagration would have ensued.

Those testifying said Oregon cannot prohibit oil trains from transiting the state, but should prepare for future accidents that they said are sure to come. 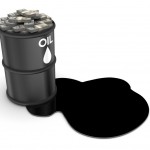 “These are two good bills that will honor the earth and protect generations to come,” Cathy Sampson-Kruse, a member of the Walla Walla tribe whose father is a tribal headman, said at a news conference in the state capitol. She said her father had just been released from an intensive-care unit for congestive heart failure, and his message was “keep up the good fight!”

Union Pacific Railroad spokesman Aaron Hunt said in submitted testimony that while the railroad wants to partner with the state to enhance rail safety, he said the bill that sets out a timeline for railroads to respond to an emergency is invalid under federal laws.

The bill says that a railroad must, within one hour of confirmation of a spill, provide a qualified company employee to advise the state on-scene coordinator. Within three hours, it should have monitoring equipment and a trained equipment operator to assist in protecting emergency responders and the public. Within eight hours, the railroad should be capable of delivering and deploying containment booms, boats, oil recovery equipment, trained staff and other materials.

Rob Bignall, a fishing guide who managed part of the Exxon Valdez oil spill in Alaska that covered thousands of square miles (kilometers) of coastline and ocean, said responders would need to act fast if another oil train derails on the track that runs along the Columbia River between Oregon and Washington state.

“The river flows at 2 to 5 miles an hour and this thing could get out of hand very fast,” he told the news conference.

The state Senate also has a similar bill.