The California Workers’ Compensation Institute analysis is based on a review of data from 477,045 IMR decision letters issued in 2014, 2015, and 2016 in response to applications submitted to the state after a UR physician modified or denied a requested medical service.

State lawmakers who included IMR in the 2012 workers’ comp reforms expected the process would reduce workers’ comp treatment disputes once doctors, attorneys and other participants came to understand which services could be approved because they meet evidence-based medicine standards.

Three years in, however, IMR volume is at a record high, as the Division of Workers’ Compensation reports there were 10,477 more cases in 2016 than in 2015, according to the CWCI report.

The 2016 IMR outcomes data show that IMR physicians upheld the UR doctor’s modification or denial of a requested service 91.2 percent of the time, which was up from an 88.4 percent uphold rate in 2015 and matched the rate noted in 2014, the report shows. 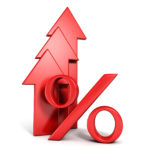 The mix of services reviewed by IMR physicians in 2016 showed little change from the two prior years, as prescription drug requests (28.5 percent of which were for opioids) again accounted for nearly half of all IMRs, with UR modifications or denials of pharmaceutical requests upheld 92.5 percent of the time.

Notably, requests for compounded drugs did represent a declining share of the 2016 prescription drug IMRs, as they fell from 8.0 percent of the 2015 determinations to 6.2 percent last year, which may have to do with their consistently low IMR overturn rate, the report shows.

The CWCI report shows that requests for physical therapy, injections and durable medical equipment together represented about 24 percent of the 2016 IMRs, while no other medical service category accounted for more than 5 percent of the disputed requests. Among the medical service categories, uphold rates in 2016 ranged from 78.9 percent for evaluation and management services (primarily referrals for consultations) to 93.6 percent for acupuncture, according to the report.

As in the prior 2 years, the analysis found that most of the disputed medical services that went through IMR in 2016 were requested by a small number of physicians. The top 10 percent of physicians named in the 2016 IMR decision letters accounted for 85 percent of the disputed service requests, while the top 1 percent accounted for 44 percent. More than 32.8 percent of the IMR decision letters were addressed to Los Angeles County recipients even though the region only accounted for 23.6 percent of all workers’ comp medical services in the state, the report shows.

A complete analysis of the latest IMR results can be downloaded by institute members and subscribers at www.cwci.org, while others can purchase a copy for $24 at www.cwci.org/store.