The filing on March 30 of liquidation order by the San Francisco Superior Court was the final judicial stage of a meticulously planned and complex process of winding up a group of financially impaired insurers that wrote insurance across the country.

Jones started the process in January 2016 when he helped insurance commissioners in six other states to redomicile all of the insurers within the Tower Insurance Group to California so that the companies could be consolidated into CastlePoint National to achieve an orderly conservation and liquidation of the companies. 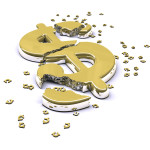 “The liquidation order for CastlePoint was an essential step in our efforts to protect CastlePoint’s policyholders across the country,” Jones said in a statement. “The order triggers the legal obligation of the national network of insurance guaranty associations to step up to pay CastlePoint’s insurance claims in a timely and fair manner.”

All CastlePoint claims continued to be adjusted and paid throughout the eight-month conservation phase of this process. During the final stage of conservation, Jones arranged for pre-funding of all workers’ compensation indemnity benefits for the next 60 to 90 days.