A California bill that would eliminate health insurance companies and provide government-funded health coverage for everyone in the state would cost $400 billion and require significant tax increases, legislative analysts said.

Much of the cost would be offset by existing state, federal and private spending on health coverage, the analysis found, but total health care costs would increase by an estimated $50 billion to $100 billion a year.

That’s a massive sum in a state where the entire general fund budget is $125 billion.

Sen. Ricardo Lara, D-Bell Gardens, said he’ll propose a mechanism for raising the necessary tax revenue soon. The California Nurses Association, which is the driving force behind the bill, has commissioned a study to look at options.

The concept known as single-payer has energized liberals who are pushing Democratic lawmakers to approve the measure. The nursing union and other backers say eliminating insurance company profits and administrative costs would allow for more spending on patient care. 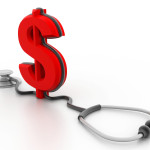 Employers, business groups and health plans warned that the tax increases would crush businesses and make it harder for them to expand their workforce in California.

“The impact on employers I think is going to be absolutely astounding,” Sen. Jim Nielsen, R-Gerber, said in a Senate Appropriations Committee hearing on the bill Monday. “How can you possibly say this is going to be fiscally prudent for the state of California, not a burden for the state?”

SB562 would guarantee health coverage with no out-of-pocket costs for all California residents, including people living in the country illegally. The state would contract with hospitals, doctors and other health care providers and pay the bills for all residents similar to the way the federal government covers seniors through Medicare.

The measure envisions using all public money spent on healthcare – from Medicare, Medicaid, federal public health funds and “Obamacare” subsidies. That’s enough to cover about half of the $400 billion cost, according to the legislative analysis.

The rest would come from higher taxes on businesses, residents or both. It would take a 15 percent payroll tax to raise enough money, the analysis said.

Two-thirds of the Assembly and Senate must approve the tax increases required to fund it. If it were to clear the Legislature and be signed by Democratic Gov. Jerry Brown, who has expressed skepticism, it would need cooperation from President Donald Trump’s administration to waive rules about federal Medicare and Medicaid dollars.