The California Department of Insurance and the California FAIR Plan Association squared off in conflicting press releases on Thursday over a court decision that awarded a homeowner higher repair costs following a claim.

The California Court of Appeal, First District overturned a decision by a lower court and ordered the FAIR Plan to pay the cost to repair a Richmond-area home that was damaged in a fire in 2011.

The court handed homeowner Marlene Garnes a legal victory against FAIR Plan on May 26.

That decision was hailed on Thursday by Insurance Commissioner Dave Jones.

“The Court’s decision prevents FAIR from forcing residents in lower income and other economically challenged neighborhoods to move or live in a damaged home instead of repairing it after a fire,” Jones said in a statement issued by the CDI. “FAIR was established as a last resort insurer after the Watts riots, to protect consumers in lower income neighborhoods, after insurers stopped writing coverage in those neighborhoods; thankfully the court recognized this fact and ruled in favor of consumers. We urged the court to require the FAIR Plan to pay the full cost of repairs regardless of whether the home’s value was low because it’s in a lower income neighborhood, and the court agreed.” 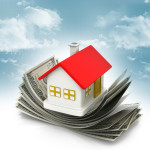 Garnes submitted a claim for $320,549 in 2011 to her The FAIR Plan for the cost to repair her damaged home, less depreciation. Garnes’ FAIR fire insurance policy had a limit of $425,000, but the insurer denied her claim and paid the $75,000 it determined was the fair market value of her property in 2011. FAIR sued Garnes when the parties were unable to agree on the claim payment.

Jones filed an amicus brief in support of Garnes arguing that the insurance code entitled her to be reimbursed for the cost of repairing her home even if that exceeded the fair market value of the home. The court relied on Jones’ interpretation of the code in ruling in favor of Garnes.

While the FAIR plan changed the terms of its insurance contracts to limit payments for repairs to the fair market value of the home, they failed to obtain approval of the Jones for this change, according to a statement from the California Department of Insurance.

A statement from the FAIR Plan on Thursday noted that the property was “grossly overinsured.”

“The property suffered a kitchen fire and, due to the age and condition of the property, the cost to repair the damage far exceeded the actual cash value (fair market value) of the property,” the statement reads. “The policy made clear that the most the FAIR Plan would pay if there was a partial or total loss was the fair market value of the property. Prior to purchasing the property Ms. Garnes was presented with a disclosure statement in 2006 giving her the various policy options available that the FAIR Plan wrote, including the option to purchase replacement cost coverage. Ms. Garnes chose an ACV policy.”

Garnes knew she was purchasing an ACV policy, her broker decided how much to insure the property for and the FAIR Plan does not conduct property value appraisals when insuring property, according to the statement.

The definition of “total loss” in the policy includes the concept of constructive total loss, which utilizes an economic test for the valuation of total loss where the repair costs exceed the property’s fair market value. That’s an approach that’s consistent with automobile and other policies that give insurers the right to pay the fair market value in the event of a total loss and the cost of repairs exceed its value, according to the FAIR Plan.

The statement also took aim at the CDI statement released on Thursday.