Detectives with the California Department of Insurance arrested Gina Marie Gregori, 55, of Lafayette, for allegedly underreporting payroll and duping insurers out of $32 million.

Gregori was charged with 19 felony counts and is being held on $5.2 millino bail at the San Francisco County Jail.

A CDI investigation allegedly showed Gregori was keeping two sets of books, using a payroll processing service to report to Employment Development Department and pay her employees, and keeping a fraudulent set of books that she provided to insurers and insurance auditors, which showed a significantly lower payroll amount. 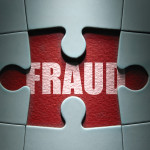 GMG is a large janitorial company operating throughout the Bay area and Southern California, reportedly employing more than 200 employees from July 2009 through December 2016.

“People often make the mistake of thinking insurance fraud is a victimless crime-it is not,” Insurance Commissioner Dave Jones said in a statement. “When business owners cheat the system by operating in the underground economy, they create an unfair advantage that puts legitimate business at risk.”

The investigation was led by CDI with assistance from the San Francisco County District Attorney’s Office, which is prosecuting the case.