The city of Lewiston has decided to pay medical bills for children from two families who suffered chemical burns at a park.

The children were burned after city employees left a toxic paint stripper applied to graffiti near Pioneer Park’s bathrooms, the Lewiston Tribune reported.

“I determined that in this instance, it was the best action the city could take to pay the medical expenses for these families,” he said. 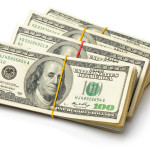 The claims filed by Katie Giolitti and Jennifer Kaufman state a 1-year-old girl slipped and fell in the paint stripper, coating her upper leg with the chemical. A 6-year-old girl also stepped in the chemical and experienced a burning sensation on her foot. There was noticeable redness on the 1-year-old’s leg at the hospital, Lewiston police Sgt. Glen Rogers said.

“There was a soapy substance on the cement near the water fountain with an A-frame type sign over it,” Kaufman wrote in the claim. “There was nothing indicating it was a hazardous substance.”

A photo taken by a Lewiston police officer who responded to the scene showed the sign said “PARKS DEPT” written on it in black stenciled letters.

Parks and Recreation Director Tim Barker said the seasonal employees involved in the incident had tried other methods of removing the graffiti before resorting to the powerful paint stripper. They applied a thick layer to the concrete, placed the barricade over it, and were instructed to supervise the site, he said.

But the employees left to clean nearby parks department vehicles, according to the incident report.

“So he wasn’t directly standing over it, watching it,” Barker said, adding none of the employees saw Kaufman and the children come to the restrooms. “The fact that it was briefly out of sight was the issue.”

The parks department filed incident reports the same day and instructed employees on how to avoid such an incident in the future by maintaining visual contact when caustic chemicals are in use, Barker said. He added the department also will consider using more effective barricades with signs that explicitly state when hazardous materials are present.