Farmers Insurance has filed a lawsuit in California against a pair of former employees and the Automobile Club of Michigan alleging the theft of trade secrets.

The suit alleges violations of the California Trade Secrets Act, unfair competition, breach of fiduciary duty and other charges. It seeks damages to be named at a trial, a temporary restraining order and a preliminary injunction preventing the defendants from using Farmers’ trade secrets.

The suit filed on Monday in Los Angeles County superior court alleges that Venkatesh Kamath, former director of personal lines auto IT for Farmers, left the L.A.-based carrier and took trade secrets with him to Auto Club Michigan. It also accuses Shohreh Abedi, a former chief information officer of Farmers, of recruiting Kamath to get that information to use at Auto Club Michigan.

Spokespersons for Auto Club Michigan did not immediately return requests for comment for this story. The attorneys that filed the suit on behalf of Farmers wouldn’t comment, nor would Farmers spokespersons.

According to the suit, Farmers in 2015 began undergoing an update of its claims handling and policy servicing systems using Guidewire Software when Kamath gained access to “highly sensitive and confidential information” pertaining to the Guidewire roll out plan and Farmers’ business operations. 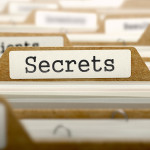 Abedi oversaw the initial phases of the Guidewire project for Farmers and then left for Auto Club Michigan, eventually recruiting Kamath, the suit alleges.

Abedi, who is now at the helm of Auto Club’s transition to Guidewire, was involved in selecting Guidewire for the Farmers transition, according to the suit. Abedi was Kamath’s superior and acquaintance, the suit states.

The suit alleges that days before starting a job with Auto Club, Kamath copied more than 6,400 files from his Farmers computer to a storage device.

“While some of the items were personal in nature, a substantial portion of the materials were not, including trade secret information relating to the Guidewire project and Farmers’ core insurance business,” the suit states.

The suit alleges that the copied files “go to the core of the Guidewire project and reveal how Farmers is customizing and utilizing the Guidewire software to fit its particular needs and objectives.”

Farmers is alleging that Abedi and the Auto Club intentionally recruited Kamath to obtain know-how and customization in implementing the Guidewire technology, and to obtain Farmers’ confidential trade secrets and proprietary information relating to its Guidewire project.

“Farmers is further informed and believes, and thereon alleges, that Kamath secured employment from the Auto Club based upon the representation (and Abedi’s knowledge) that he had access to Fanners’ IT files and confidential information relating to the Guidewire PolicyCenter project and other confidential, proprietary information, and that such information could be utilized to benefit the Auto Club, a competitor of Farmers,” the suit states.