The Southern California utilities that oversaw a nuclear plant that was shut down has reached a $775 million settlement with attorneys representing consumers who felt they were footing too much of the bill for the closure.

The settlement announced this week by the San Onofre nuclear plant’s majority owner Southern California Edison and minority owner San Diego Gas & Electric means a savings of about $68 per residential customer in the next four years.

The twin-domed seaside plant between Los Angeles and San Diego was closed in 2012 after a small radiation leak led to the discovery of extensive damage to hundreds of tubes inside virtually new steam generators.

That shutdown was supposed to be temporary, but San Onofre was shuttered for good in 2013 after a fight with environmentalists over whether it was safe to restart. 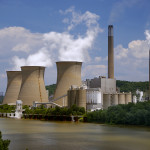 The settlement revises an agreement approved in 2014 by state regulators on the closure of San Onofre that said customers would pay $3.3 billion of the $4.7 billion in estimated costs from the closure.

“We are pleased to be able to bring closure to this issue,” Edison President Ron Nichols said in a statement. “The parties undertook extensive efforts over many months to reach agreement and SCE looks forward to timely regulatory approval.”

San Diego law firm Aguirre & Severson filed a lawsuit on behalf of the utility’s customers after that agreement, saying it stuck them with too much of the bill.

“This is great news for ratepayers,” said Maria Severson, an attorney representing the consumers. “It was the courage of the federal-court plaintiffs and their willingness to go to court that made this happen.”