After Idaho’s Republican governor promised to find creative ways to get around Obamacare, one health plan in the state plans to offer skimpy coverage that may violate many of the law’s protections for patients.

Blue Cross of Idaho said Wednesday that it will offer insurance plans that don’t comply with some Affordable Care Act requirements. The “Freedom Blue” coverage is a way to give some people lower premiums upfront in exchange for less comprehensive coverage.

Others will pay more – the plans have limits on annual medical spending and will charge sicker people higher premiums or deny them coverage in some cases. Those policies are specifically forbidden by the 2010 law.

The move sets up a potential conflict with the federal government. While President Donald Trump has said he opposes the law and has taken steps to undermine it, the administration will have to decide whether to enforce legal requirements that remain on the books.

Trump’s Secretary of Health and Human Services, Alex Azar, was asked about the Idaho plans during a congressional hearing on Wednesday in Washington. He said he’d uphold the law, without indicating what specific actions he might take. 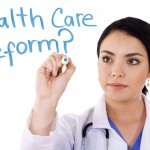 “There are rules and there’s a rule of law that we need to enforce,” Azar said at the hearing. An HHS spokesman said the department was monitoring the situation in Idaho.

If the department doesn’t act, it could be up to the courts to resolve whether Idaho is violating the law.

“Both in terms of federal penalties and in terms of potential private lawsuits, they are taking on tremendous liabilities here,” said Tim Jost, an emeritus professor at the Washington and Lee University School of Law who has been critical of efforts to unwind the law. “What they’re doing is completely illegal. It’s kind of jaw-dropping.”

In early January, Idaho Governor Butch Otter directed the state’s insurance regulator to find “creative ways” for health insurers in the state to offer more affordable coverage. Otter said the state planned to use flexibility offered by the Trump administration in an executive order, and that it had authority to do so. The insurance regulator issued guidelines for the plans later that month.

“The door is open for states to pursue our own reasonable solutions,” Otter said. “We believe Idaho will lead the way in states taking back control of their insurance markets.”

The Idaho plan believes it’s following the flexibility it has under the law.

“What we see is our regulator is giving direction for how to make more choices available in the marketplace that are affordable for those who are uninsured and our direction is to follow our local regulator’s guidance,” said Dave Jeppesen, executive vice president of consumer health care at Blue Cross of Idaho.

Jeppesen estimates the plans will appeal to about 110,000 people in the state who don’t have coverage because it’s too expensive for them. The plans are designed as an additional option, he said, and the insurer will continue to offer coverage that complies with the ACA.

“Those that are healthy and without subsidies have exited, and the best thing we can do is bring the healthy folks back into the pool,” Jeppesen said. “This isn’t meant to undermine the ACA products, it’s meant to stabilize.”

The proposed plans have a $1 million annual per-person limit to how much care the insurer will pay for. The plans have many of the same general benefits as ACA plans, though one won’t cover maternity care. They can also charge more to people who are sicker after asking them extensive questions about their health.

While such policies were banned by the Affordable Care Act, Idaho plans to use the law as a backstop. If individuals end up with medical expenses that exceed the $1 million limit in the non-Obamacare plans, Idaho will require insurers to help them move into ACA plans, which don’t have limits on medical spending.