A California oil company with a long history of safety violations and regulatory lapses was hit with a record $12.5 million fine by state regulators for nearly 1,500 violations in the past year at an oil field in Orange County.

Greka Oil & Gas falsified results in more than 350 reports, failed to conduct regular pressure testing at dozens of wells and didn’t maintain operating pressure gauges, according to the state’s Department of Conservation.

“The magnitude of this penalty reflects the company’s violations and poor practices, and the potential harm it could cause to surrounding communities, the environment, and groundwater,” said Ken Harris, supervisor of the Division of Oil, Gas and Geothermal Resources.

No one at Greka immediately responded to phone calls seeking comment.

State oil and gas regulators have long been criticized for taking a lax approach toward holding petroleum producers accountable. In recent years, the division’s leaders have acknowledged failings and vowed to get tougher.

Lawmakers equipped the division with increased enforcement powers and stiffer financial penalties, which led to the largest fine ever issued by the division, spokesman Don Drysdale said. The fine surpassed the previous record of $257,000 against Bennett Petroleum in 2015 by nearly 50 times. 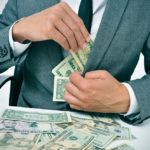 “The fine against Greka is a step in the right direction, but their business model seems to be just make money no matter the damage,” said Keith Nakatani of the environmental group Clean Water Action. “The punchline is they shouldn’t be in business.”

The state also ordered the company to stop injecting water into its Richfield oil operation northeast of Anaheim until it complies with state orders. It is also required to get a $39 million bond that would be used to cover cleanup costs if the company goes bankrupt.

Bonding is of particular concern for the state because a former Greka subsidiary, Rincon Island Limited Partnership, filed for bankruptcy in 2016 and California is now on the hook for a cleanup that is expected to exceed $50 million.

Tiny Rincon Island, built to drill for oil off the Ventura County coast, had been cited by the state for dozens of violations and being in a “severe state of disrepair” when the subsidiary folded.

The state will have to plug wells and decommission the operation. Expected costs don’t include removing the man-made island.

Greka, based in Santa Maria, has a long history of violations from the state and Santa Barbara County, which also regulates oil operations.

In letters sent in November to state Assembly members who had asked the division to permit Greka to resume operations at one of its wells in Santa Barbara County, Harris spelled out a litany of run-ins the company had with regulators.

Since 2007, more than two dozen spills have occurred at Greka facilities in Santa Barbara County, Harris wrote in a letter released through a California Public Records Act request to Clean Water Action.

“Greka frequently addresses the immediate spill in order to maintain the minimum compliance level required by state law and avoid civil penalties, but does little to improve the overall safety of its facilities,” Harris wrote, noting the company had two spills in the six months since he received the letter from lawmakers.

Between 2015 and 2017, Santa Barbara County’s petroleum regulators issued 161 violations in the county and 145 of those were sent to Greka. The company received 35 of the 36 fines issued in the county. During the same period, the county fire department inspected 125 facilities and issued 676 violations, with more than half going to Greka.

Errin Briggs, an energy specialist with Santa Barbara County, said most of the violations were not serious.

“They don’t pay bills on time. They don’t cooperate with enforcement staff. They’re very careful about tripping the requirements that would get them in trouble,” Briggs said. “Most of the incidents they have are minor in nature. They just happen to have a lot of them.”