The San Francisco Bay Area is falling behind on efforts to retrofit buildings that are vulnerable to collapse during a major earthquake, according to a newspaper analysis.

The Los Angeles Times reported that there are up to 3,000 brittle concrete structures in San Francisco, yet the city doesn’t have a list of where they are located. The building type is one of the deadliest in quakes.

Across the bay in Oakland, there are nearly 2,000 possibly vulnerable wood-frame apartment buildings at risk of collapse in a seismic event, and there is no law to require them to be fixed. And San Jose doesn’t even have a list of its more than 1,000 apartment blocks thought to be at risk, the newspaper said.

Five years ago, San Francisco made history by becoming the first of California’s largest cities to require property owners to retrofit wood-frame apartments at serious risk of collapse in a major quake, like the one that destroyed much of the city in 1906.

Since then, new efforts have stalled in San Francisco and surrounding cities, while communities in Southern California have expanded mandatory seismic retrofitting efforts, according to the Times. 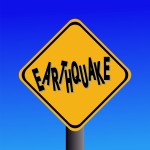 Across the Bay Area, there are an estimated 18,000 vulnerable wood-frame “soft-story” buildings that can collapse when upper stories fall on the flimsy ground floor holding parking or stores. Sixteen people died when a similar-type apartment structure crumbled in the 1994 Northridge earthquake.

The Bay Area has become “rather complacent” about quake risks, said Arrietta Chakos, policy adviser to the resilience program at the Association of Bay Area Governments. “It’s a deep concern for me that people aren’t saying, ‘We just have to do this.’ ”

Some Bay Area cities acknowledged to the Times that they’re behind and are hoping to catch up. Others defended their approach, saying they’re moving in a thoughtful, methodical manner needed to painstakingly gather political consensus.

“Don’t be too impressed by starting quickly. The question is when you finish,” said David Bonowitz, a structural engineer consulting with the Applied Technology Council, which is assisting San Francisco on seismic safety issues.