Insurance Commissioner Mike Kreidler’s cease and desist order is for without holding a certificate of authority, placing unauthorized insurance with a Washington domiciled insured without holding a Washington State surplus line broker license, and failing to timely remit a 2 percent premium tax to the state of Washington on premiums earned.

The order, issued on May 9, states that Microsoft and its officers, directors, trustees, employees, agents, and affiliates to immediately cease and desist from: 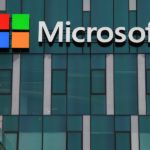 Cypress has collected approximately $71.1 million in premium from Microsoft between 2013 and 2018, according to the order.

But the captive apparently didn’t pay premium taxes for that period.

Microsoft has 90 days from receipt of the order to demand a hearing.