The Central Pacific could see anywhere from three to six hurricanes over the next six months, forecasters predicted Wednesday. That would be an increase over the two named storms last year.

Storm activity is likely to be normal or a bit busier than normal this year, according to the National Oceanic and Atmospheric Administration’s Central Pacific Hurricane Center.

“No matter what, everybody needs to be prepared,” said NOAA’s Robert Ballard, urging residents to make emergency preparations. “It only takes one tropical cyclone that affects you directly … (and it) can really wreck your whole year.” 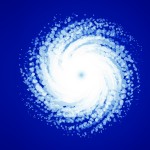 Weak El Nino conditions, water warming on the surface of the ocean along the equator, could develop during the hurricane season. If that happens, the number of storms could be on the higher end of the predicted range, according to NOAA.

That’s what occurred in previous years, with seven named storms in 2016, and a record-smashing 15 in 2015, leading to flooding, coastal erosion, and snarled transportation routes. El Nino conditions contribute to a higher volume of storms brewing.

Ballard also said that intense, heavy rainfall in recent months demonstrated that “it doesn’t take a tropical cyclone to cause major impacts in the Hawaiian islands.” The hurricane season runs from June through November, and follows several months of heavy rains pounding the archipelago.

In April, the Hawaiian island of Kauai received 50 inches of rain in 24 hours, causing floods and landslides, while displacing residents and destroying homes. Overall, the last few months turned out to be the fifth wettest wet season in the last three decades.

Another risk is a possibility of more brushfires as the recent abundance of rains has led to plenty of vegetation. In Honolulu, a number of areas are “still pretty green, and a lot of stuff is growing on those slopes,” said Kevin Kodama of the National Weather Service.

NOAA also urged the public to check their homes and foundations for anything that might weaken the structures, such as termite damage. Dennis Hwang, a coastal hazard mitigation specialist at the University of Hawaii’s Sea Grant program, recommended residents to make emergency evacuation plans with friends and family, have two weeks’ worth of supplies on hand at home, and reminded them to avoid sheltering in storm surge or flood zone areas.

Hurricanes and typhoons are different names for the same weather phenomenon: a rotating, organized system of clouds and thunderstorms that originates over tropical or subtropical waters and has closed circulation.