Agent Scotty Carlisle, 42, of Corona, is reportedly making arrangements to surrender himself.

According to an investigation by California Department of Insurance, the agents issued life and supplemental insurance policies for accident, accident care, critical illness, disability, medical bridge, and group medical bridge, using fraudulent applications as part of a scheme to earn commission advances from insurers. 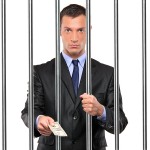 The suspects reportedly altered and falsified applications by making changes to essential information, including addresses, phone numbers, birthdates and social security numbers and submitting new application through the insurer’s electronic database. Not only were the agents collecting unearned commissions, they were allegedly trying to take advantage of bonuses, including a Hawaiian trip incentive offered to qualifying insurance agents, according to the charges.

When the victim insurer discovered inconsistencies in the applications, they terminated the sales agents’ contracts, removed them from the incentive promotion and reported the alleged illegal activity to the department.

During the investigation, the department reportedly found evidence that the agents allegedly victimized another insurer, as a result the investigation is ongoing. The department has taken administrative action to suspend the agents’ licenses and will take further action if convicted. This case is being prosecuted by the Riverside County District Attorney’s office.