Toyota Motor Corp. launched a Honolulu, Hawaii car-sharing service that enables customers to use smartphones to unlock and start cars for rent by the hour or day. It’s the latest service offered by an automaker that competes with ride-hailing and rental-car companies.

The service is called Hui, pronounced “hooey,” which means “group” in Hawaiian. Developed with local distributor Servco Pacific Inc., it uses a Toyota platform that tracks and analyzes who uses car-sharing and when. Toyota says it will use the data to better manage its supply of cars.

Starting at $9.95 an hour or $79.60 a day — including gasoline and insurance — customers can reserve and rent a Toyota Prius, Lexus RX 350 or other model at one of 25 parking stations for round-trip use. Toyota joins rivals such as Daimler AG’s Car2Go and General Motor Co.’s Maven in offering a service that competes with traditional taxis, ride-hailing services like Uber Technologies Inc. and rental-car companies like Hertz Global Holdings Inc. 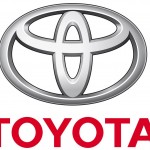 “The program is simple to use and more convenient than a traditional car-rental service,” Zack Hicks, chief executive officer of Toyota Connected North America, said in a statement. The largest Japanese automaker also acquired a small stake in Uber in 2016, and last month it invested $1 billion in Grab Holdings Inc., Southeast Asia’s top ride-sharing company.

Wedged between ocean and mountains, Honolulu is the midst of a building boom, and car-sharing has been suggested as a way to ease congestion, though results thus far have been mixed.

Servco CEO Mark Fukunaga told reporters on a conference call that he expects the service to expand throughout the state of Hawaii and eventually to the dealerships his company owns in Australia.

Hicks hinted at broader car-sharing efforts for Toyota but provided no details: “Hui is just the beginning for us.”