Organizers of an Alaska cannabis festival who allowed adult participants to consume pot in public are facing an investigation and possible fine.

The director of the Alaska Alcohol and Marijuana Control Office will recommend a penalty for Alaska Hempfest, a free event over three days in Wasilla, the Fairbanks Daily News-Miner reported .

An estimated 1,500 people attended the event that began June 22. Among them were representatives from the Alaska Alcohol and Marijuana Control Office, who took photographs.

Nordica Friedrich, communication and music director for Alaska Hempfest, was notified by email that an investigation was underway and that the marijuana control office would recommend a fine.

Friedrich hosted the event, which is in its third year, with her mother, Niki Raapana, of Fairbanks. 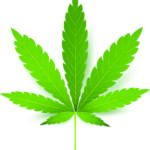 Alaska Hempfest was held on private property and featured live music, vendors and speakers. An enclosed tent was offered to attendees older than 21 who wanted to consume marijuana, Friedrich said.

Friedrich compared the tent to a beer garden at Alaska fairs and other public gatherings.

Erika McConnell, director of the Alaska Alcohol and Marijuana Control Office, said in an email that she has not determined the amount of a recommended fine. A written report on the investigation of Alaska Hempfest will be available before the next meeting of the Alaska Marijuana Control Board, which begins Aug. 15 in Fairbanks.

“I will be asking the board to assess a civil fine similar to what they did about the Cannabis Classic,” McConnell said.

In that case, the Marijuana Control Board imposed two fines totaling $20,000 and suspended $15,000. In criminal cases, fines are suspended on the condition that an offender does not reoffend. The penalties were based on allegations of illegal sales and public consumption.

The Cannabis Classic was in May in Anchorage at a former social club. Participants paid a fee of $350 for a cannabis class and samples of weed that they judged.

Organizers of the Cannabis Classic have not paid the fine, McConnell said, but also have not received an official letter notifying them of the board’s decision in June.

Friedrich said she does not believe she did anything wrong. She said regulatory officials should bring marijuana industry rules in line with alcohol rules.