The regulations are also the foundation in determining the number of violations committed when assessing fines against insurers that are believed to have committed unfair claims practices.

The ruling stems from the California Department of Insurance examinations of PacifiCare’s claims-handling, which reportedly uncovered evidence of numerous unfair claims practices including wrongful denials for treatment for people battling serious illness and claim payment denials for providers and hospitals.

Jones alleges these practices were undertaken because the insurer was focused on maximizing profits through what it called “efficiencies” measures after the 2015 $7 billion acquisition of PacifiCare by UnitedHealthcare. The CDI examinations also reportedly uncovered evidence the company was well aware of the egregious issues. 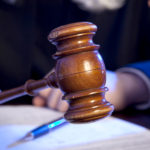 Based on CDI examination results and following an administrative hearing that took three years, Jones found PacifiCare committed 908,547 separate violations of the UIPA. On behalf of PacifiCare, UnitedHealthcare sued the commissioner, arguing that none of its harmful conduct violated the Insurance Code.

Jones in 2014 fined UnitedHealth Group $173.6 million for violations having to do with the Unfair Business Practices Act, the Unfair Insurance Practice Act and unfair claims settlements.

Under the Insurance Code, these unfair practices include misrepresenting what medications or treatments an insurance policy covers, failing to promptly pay claims where liability is reasonably clear, and forcing claimants to file lawsuits to get full payment, and other acts. The Insurance Code allows the commissioner to impose fines of up to $5,000 each time an insurer commits an unfair act or practice on a consumer, or up to $10,000 each time if the insurer did so willfully.

“UnitedHealthcare purchased PacifiCare and imposed cost-cutting measures that destroyed PacifiCare’s claims-handling processes and its arguments in litigation that insurance companies should be allowed to willfully harm consumers as long as they don’t do it too often, reflect a gross disregard of the lives and well-being of the consumers who paid for the promise of coverage,” Jones said in a statement. “Customers have no choice but to rely on the integrity of their health insurance companies. PacifiCare breached that trust.”

PacifiCare has argued that insurers are immune from fines for committing these unfair acts unless the commissioner is also able to show that the insurer knew it had committed the acts frequently enough to constitute a “general business practice.”

The court of appeal rejected the argument and also rejected PacifiCare’s argument that the commissioner must prove an insurer had “actual knowledge” of its illegal conduct and held that it was within the commissioner’s authority to hold the insurer responsible if its agents or employees were aware of facts that would cause a reasonable person to know of the violations.

In the second phase the superior court also reversed $82 million in penalties on other grounds. An appeal of that decision is pending in the court of appeal, to follow the decision just released.

The second phase decision has been appealed by both sides, but has not yet been briefed.

The case is PacifiCare Life and Health Insurance Company v. Dave Jones as Insurance Commissioner of the State of California.