The insurance industry is taking exception to a new report commemorating the 30th anniversary of one of California’s primary auto insurance laws that claims the law has saved drivers billions of dollars.

The Consumer Federation of America reported on Wednesday that Proposition 103, the insurance reform law passed by California voters in 1988, has saved drivers $154 billion on their auto insurance and that the law has lowered auto liability premiums in California by 5.7 percent since 1989, even as liability premiums rose across the rest of the country.

Mark Sektnan, vice president of the Property Casualty Insurers Association of America, says it wasn’t Prop 103 that saved Californians all that money but other reforms that have been made since then. 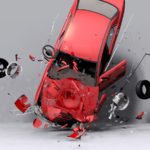 He added that “No other state has adopted the same anti-competitive, restrictive regulatory system as Prop 103 since it was enacted in 1988.”

“It is these actions to reduce underlying costs that have provided benefits to Californians, not Prop. 103,” he added.

“Three decades ago, California voters joined together with tens of thousands of small donations to put Proposition 103 on the ballot and pass it, despite an unprecedented $63 million campaign of lies and deception by the insurance industry,” Harvey Rosenfield, the author of Proposition 103 and the founder of Consumer Watchdog, said in a statement. “$154 billion is a 30th birthday gift from Prop 103 to the people of California, rewarding a battle against insurance company overcharges and abuses that has been waged every day for the last three decades.”

The CFA study showed that:

Proposition 103 was passed by California voters on Nov. 8, 1988. Among other provisions, Prop 103 requires that auto insurance rates be based primarily on a driver’s safety record, miles driven and driving experience. It requires all automobile rating factors be approved by the California Department of Insurance and prohibits rating factors like credit score, ZIP Code and race.