Vicarious liability is created when one person or entity is or can be held legally liable for the results of another person’s or entity’s actions. Such indirect liability (also called imputed negligence) can arise out of a relationship (parent/child, employer/employee, etc.), position or contract. To be held vicariously liable, a person or entity must have the right, ability or duty to control the actions of the directly liable party. Without the opportunity or responsibility to control another’s actions, there can be no vicarious liability.

Owners and general contractors (the upper tier) hold a position with a certain amount of control over and responsibility for the actions of lower tier contractors. This control leaves them vulnerable to being held vicariously liable for the actions of lower-level entities. Every state allows vicarious liability to be transferred back to the at-fault lower tier contractor (known as limited transfer). 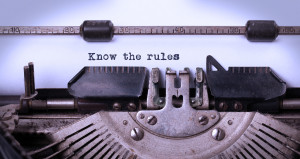 Upper tier contractors have access to and utilize several “tools” to accomplish the financial risk transfer they desire. Insurance professionals see these attempts and requests daily; so much so that it is likely the intricacies of each tool are not carefully considered. The four most commonly requested financial risk transfer “tools” are:

Contractual risk transfer is a non-insurance contract/agreement between two parties whereby one agrees to indemnify and hold another party harmless for specified actions, inactions, injuries or damages. This risk transfer accomplishes objectives found in both risk financing (finding a source to pay the cost of a claim) and risk control (developing a means to avoid or lessen the cost of a loss).

The ideal use and true purpose of contractual risk transfer is to place the financial burden of a loss on the party best able to control or prevent the incident leading to injury or damage. Presumably, the entity(ies) directly and actively participating in the activity have the best opportunity to prevent or avoid the loss; thus they are contractually required to protect an “innocent” supervising or non-participating party from financial harm following injury or damage.

Contractual risk transfer through the use of indemnification wording (referred to as “indemnity agreements”) require the lower tier to “indemnify and hold harmless” the upper tier for the upper tier’s legal liability arising out of some action or inaction of the lower tier contractor. Legal liability is liability imposed by the courts through common law or by statute on any person or entity responsible for the financial injury or damage suffered by another person, group or entity.

Indemnification is the contractual obligation placed on the lower tier contractor (aka, transferee, subcontractor or obligor) to return the upper tier contractor to essentially the same financial condition that existed prior to the loss or claim; or to stand in the transferor’s (upper tier’s) place as the source for financing the legal liability. (A person or entity can be held “legally liable” without committing a negligent act.)

Beyond the contractual risk transfer provisions found in construction contracts, the lower-tier subcontractor is nearly always required to endorse the upper tier contractor onto its CGL as an “additional insured.”

By attaching the waiver of subrogation endorsement in favor of the upper tier, the insurance carrier, for the third time (because of additional insured status), is blocked from seeking recovery from the upper tier contractor for its actions in causing injury or damage.

The “Primary and Noncontributory” Requirement

“Primary and noncontributory” is an “inclusive” contractual requirement that can be met only if the protection extended to the upper tier contractor is provided on both a primary basis and a noncontributory basis. Analyzed in the context of a construction contract, the supposed goal of the “primary and noncontributory” requirement is the protection of the upper tier contractor’s financial resources from the effects of the lower tier’s individual or joint negligence in causing injury or damage to a third party.

Theoretically, the “primary and noncontributory” requirement applies to only the protection extended to the upper tier as an additional insured.

Thursday, March 19, The Academy of Insurance hosts the class, “Strong Contractual Risk Transfer Requirements: What Makes the Best CRT Design.” The capstone of the upcoming webinar is a discussion on what makes the best contractual risk transfer program. Three “levels” of CRT are presented; these are:

If you deal with contracts and contractual risk transfer, you want to be there on March 19. Everyone in your office can attend and only one registration is required (pull everyone into the conference room to take part). Register today.

Chris Boggs, CPCU, ARM, ALCM, LPCS, AAI, APA, CWCA, CRIS, AINS, is a veteran insurance educator. He is Executive Director, Big I Virtual University of the Independent Insurance Agents and Brokers of America. He can be reached at chris.boggs@iiaba.net. More from Christopher J. Boggs