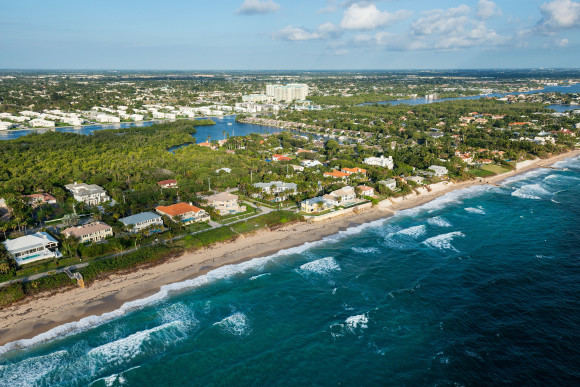 More than 6.6 million homes on the Atlantic and Gulf coasts are at risk of hurricane storm surge with a total reconstruction cost value estimated to be nearly $1.5 trillion, according to an annual report released by CoreLogic on June 4.

The report examines risk from hurricane-driven storm surge for homes along the Atlantic and Gulf coasts of 19 states and the District of Columbia, as well as for 84 metro areas. The report assigns homes risk levels of “low,” “moderate,” “high,” “very high” and “extreme.” The report also details reconstruction values assuming 100-percent destruction, and the reconstruction values include labor and materials.

According to the report, the Atlantic Coast has more than 3.8 million homes at all levels of risk of storm surge this year with a reconstruction value of $939 billion, and the Gulf Coast has nearly 2.8 million homes at risk and nearly $549 billion in potential exposure to total destruction damage.

Tom Jeffery, senior hazard risk scientist for CoreLogic, said the report points to a major, and pervasive, trend that insurance professionals should be concerned about.

“Unfortunately for some of the homeowners, there is still building in the coastal areas that are still at risk,” Jeffery said.

Because each year’s report has more refined data, Jeffery said it’s difficult to make an “apples-to-apples” comparison to reports from years past. However, anecdotally 2015 looks to be on par with last year, he added.

“We’re seeing numbers that are relatively close to last year,” Jeffery said. “We know there’s a lot of risk out there.”

It could end up being a quieter year for the Atlantic and Gulf Coast states if a strong El Nino continues to develop, leading to a likelihood of less severe and fewer storms in that part of the world, the report shows.

For the entire U.S., the report shows there are more than 1.6 million homes at “extreme” risk from storm surge, while 1.4 million properties are at “very high” risk.