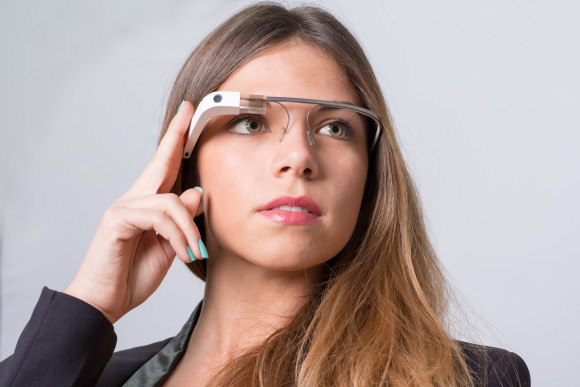 Improved customer service may be just one benefit insurers could see by using Google Glass in their operations.

Michael Clifton, vice president of Insurance for Cognizant, described some of the benefits in the company’s white paper last year, “Google Glass: Insurance’s Next Killer App.”

“Glass’s miniature footprint, ease of use and mobility can drive innovation in many of the business processes that support claims, risk engineering and customer sales interactions,” Clifton said.

A survey conducted last year by Strategy Meets Action (SMA), a Boston-based research advisory firm for the insurance industry, found that 3 percent of insurers were already using wearable devices, another 3 percent were experimenting with the new technology, and 22 percent were in the process of developing a strategy for using them.

An example offered by Denise Garth, a partner at the research advisory firm, could be an adjuster wearing Google Glasses to stream information from a loss scene back to home office in order to evaluate the next steps to adjust and resolve the claim.

Claims adjusters at National ConnectForce Claims (NCC) in Alpharetta, Ga., tested Google Glass last year. The adjusting company believes the glasses could have the most immediate impact in its catastrophe division by providing real-time feedback from field adjusters who are on the ground working complex losses, like earthquake claims.

Matt Anderson, chief operating officer of NCC, believes Google Glass could not only help improve the process of scoping a loss but also the quality of information collected at each loss location.

One of the company’s primary goals was to use Google Glass in the field so independent adjusters in the field could be the eyes and ears for the desk adjuster, he said.

Anderson said the company put Google Glass through a number of tests and found that mobile devices, though not necessarily hands-free, could do much of the same tasks at a more reasonable cost.

The importance of having video for each loss was the big takeaway for the company, Anderson said, noting that videos could replace the hundreds of photos typically taken on a property claim.

Wearable technology also offers insurers an opportunity to add value-added services by giving them the capability to engage customers on a more frequent basis, experts said.

According to Rita Briody, an IT analyst with Erie, it all started when she was introduced to the wearable technology in 2012 by a friend who is now the principal architect for Optics for Google Glass at Google X, Google’s innovation research group.

Briody got involved in the company’s Explorer program.

“After about a month or so, they allowed each of us to invite three other people who we thought would be interested in experimenting with the technology. I invited Brett McCorkle, he’s also one of the originators of this idea,” Briody said. “I invited him to be in the program and he purchased the Glass for himself.”

While he was in the program, McCorkle ended up sustaining a property damage claim in his condo.

“We’re calling it a serendipitous accident because it was during this claim that he had a revelation about some of the possibilities of this technology,” said Briody.

“While he was working with our adjuster, he noticed that the adjuster had a lot of things to carry around with him. He had a laptop, a cell phone, sometimes they have a voice recorder. He thought later on, ‘I wonder if Glass could eliminate some of those devices and free his hands.'”

Sloan contributed to building out the initial use cases and has worked on the program ever since. The first one that was discussed was its potential use by claims adjusters.

“One capability that we’re very interested in is the live video streaming,” said Sloan. “One very compelling use case that we had talked about from the very beginning of this is the idea that you could provide the Glass devices to a set of claims adjusters who were in a catastrophe situation. They may have very specific technical questions or because of the cat situation, you may have a combination of experienced and less experienced adjusters. We think of this as possibly a communication device so that our expert resources are available to a larger group.”

Briody and Sloan took the idea to senior executives who suggested the team submit the idea to a new company wide innovation fair, called “Think Ahead.”

“We went on to present our idea to the CEO and the whole executive team, and we were fortunate enough to be one of the four winners of that first contest,” Briody said.

The team was able to work with the claims team and design the four month pilot program which began in the company’s Erie and Pittsburgh branch offices according to Loretta Russ, senior claims supervisor.

“We picked up four adjusters from both branches, two material damage appraisers, and two property adjusters from each branch. We had a total of eight,” said Russ.

The device replaced the adjusters’ cameras for a short time.

“The intent was to see how easy it was to use and whether or not it had the functions to replace some of the equipment that they were using,” said Russ.

“A lot of them were enamored by the technology as well. The feedback was it was easy to use…easy to figure out the out of the box functionality,” Russ said.

There were some limitations, the senior claims supervisor said.

“Some of the adjusters, especially our material damage appraisers, did have some limitations with the device not having a flash or a zoom function. Obviously, you have to get a little bit closer in order to capture the VIN and some of the underneath damage,” said Russ.

Despite the limitations, the group sees wearable devices as part of the future in insurance.

“Everybody is in agreement that wearable devices are definitely in the future. However, the technology right now has not caught up to what we need it for,” said Russ. “We’re waiting to see what the second edition of the Google Glass is and what functions it has to see whether or not we can overcome some of the hurdles that we found with our pilots.”

While Google is reportedly working on updates to Glass technology, Erie has been invited to share their findings with the technology giant.

“They are very interested in the work that we’re doing,” said Erin Parker, vice president and claims branch manager of the Erie branch office.

“They’ve been very helpful in promoting internally, at least from what I’ve heard, what we’ve been up to,” Parker said.