For the six months ending June 30, 2015, P/C companies comprising the Top 25 insurers in terms of DPW increased their DPW 12.9 percent over the first six months of 2014. This continues the Top 25 insurers’ impressive display of premium growth and financial stability. The Top 25 accounted for 50 percent of the growth in the P/C insurance industry’s DPW. In contrast, the remainder of the industry reported an increase in DPW of 2.9 percent, or $6.5 billion year over year.

It is important to note that while increasing DPW, P/C companies have aggregately maintained a sufficient level of policyholders’ surplus (PHS). One measure that indicates P/C companies are conservatively leveraged is the DPW to PHS ratio. An insurer’s DPW to PHS ratio is indicative of its premium leverage on a direct basis, without considering of the effect of reinsurance. Since 2010, this ratio for P/C companies has remained stable at approximately 70 percent.

It is more realistic that expectations should relate to gradual, stable growth. There is always a fair amount of uncertainty in making projections based on second quarter data, but if the industry holds to its 10-year historical pattern, growth in 2015 would again result in the highest level of year-end DPW ever reported. 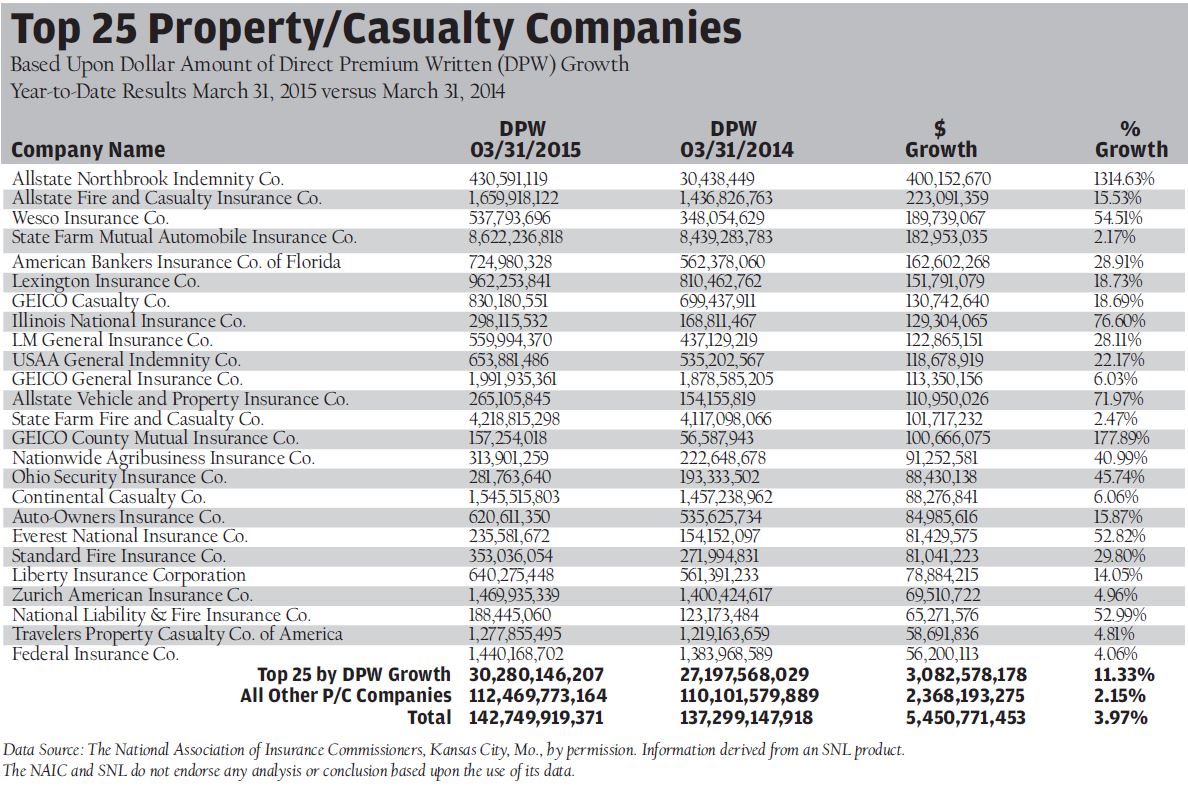