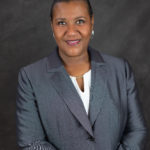 Lilian A. Vanvieldt, senior vice president, educational entities practice leader for Alliant, has spent more than three decades insuring schools across the country. Her book spans from the small school district in Maine that only has two students to Oakland Unified School District and Long Beach Unified School District, which together have nearly 120,000 students. Below are five areas of risk and coverage Vanvieldt says are important to watch.

One of the most significant areas of coverage under pressure is sexual abuse and molestation, according to Vanvieldt.

In most states where tort caps or immunities for public agencies or school districts are limited the market is tough. “Particularly in the western states such as California, Washington, and to some degree even Oregon, you’re seeing significant restrictions on coverages for certain types of exposures, the biggest one being sexual molestation,” she said. “The cost of sexual molestation is becoming quite restrictive for insurance companies so they’re starting to pull back on that line of coverage.”

Recent jury verdicts have skyrocketed, Vanvieldt said. “One recent case, there was an allegation of molestation by a wrestling coach. He molested one child and was found to have been viewing others while they were showering,” she said. That jury verdict was $28 million.

She said the school district had only purchased $25 million in coverage, which at the time, “was deemed to be acceptable and a good coverage limit for districts.”

Now, in California, Vanvieldt recommends that schools carry a minimum of $50 million in coverage.

The cost is significant and even with high limits carriers are pushing up deductibles. “So, in addition to insurance coverage being more costly to buy, districts are also having to take on million-dollar retentions to even have the coverage. That can be pretty difficult,” she said.

In other states with tort protections, the market isn’t as bad. “So, states like Georgia and Maine, where they have tort protections, they’re not seeing the same type of increases or market restrictions. You can still buy coverage in those states,” according to the Alliant executive. 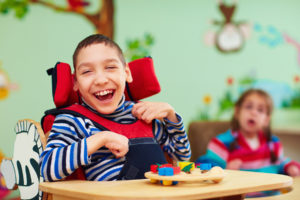 Special education is another coverage area that’s becoming more challenging, according to Vanvieldt.

When special education students are denied certain educational benefits, such as a specific one-on-one teacher-student ratio, or funds to pay for a specific school that may or may not include housing costs, the school district can face a lawsuit, Vanvieldt said.

“From a school district standpoint, it’s costly just because special education is costly. But, then from an insurance standpoint, when the parent is denied the one-on-one tutor or the parent is denied the special school program, such as ‘I want my kid to go to a school for the blind in Minnesota’ …. They are going to pay for them to go to Minnesota, pay for their housing and everything as a part of their education plan,” or possibly get hit with a lawsuit.

Coverage sometimes falls under school board legal liability policies, which covers allegations of discrimination, harassment and wrongful termination. Vanvieldt says that some carriers have now carved out special education claims from those policies. “So, they don’t even cover the claims anymore and when you do find the coverage it may have been reduced,” she says. In one state where she just wrote coverage, the district went from having $1 million in coverage down to $100,000 per claim and $300,000 total. Last year, it had $1 million per claim. 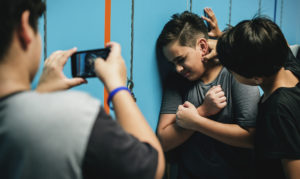 Between 1 in 4 and 1 in 3 U.S. students say they have been bullied at school, according to the Centers for Disease Control and Department of Education. Bullying is a huge exposure for schools, Vanvieldt said.

“We’ve seen and we’ve had some claims come out of students being bullied and students committing suicide as a result,” she said.

The good news for school districts is that so far insurers haven’t pulled back on coverage for bullying but rather have become proactive in helping schools address the exposure, Vanvieldt said.

“Right now what we’re finding carriers do is that they’re actually offering programs and they’re giving grants to help you address bullying,” she said. Some carriers are offering grants for training or access to organizations such as Community Matters, an organization that supports improving the social-emotional climate of schools and communities. Community Matters provides schools with free courses identifying bullying behavior.

“We do a lot with Community Matters,” she said. “When we tell underwriters that we’re using them, that tends to help with pricing as well.” 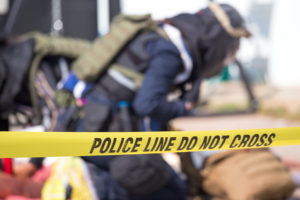 Some schools now provide on campus police, or school resource officers, as a protective measure. But that’s not always a safe tactic either. Vanvieldt said a recent shooting incident involved a student who brought a BB gun onto campus. “The resource officer didn’t know it was a BB gun … and shot the student,” she said. Now the school district is in a lawsuit.

“Resource officers are really in a tough spot because they have to be able to figure out when an incident is appropriate to respond and when it’s not,” she said. “In this instance, it wasn’t appropriate and it’s going to cost the district and the carrier a lot of money.” As a result some schools are now starting to see insurers carve out coverage for law enforcement, she says.

Editor’s Note: This article has been changed from the original version to include a comment from Philadelphia Insurance Companies.