The future cannot come too soon for commercial auto.

Despite growing premiums, the commercial auto line hasn’t turned an underwriting profit for the past nine years as both the number and cost of claims exceeded expectations. Tech companies are pitching self-driving trucks to vastly improve safety.

But while the industry awaits a robot revolution, a more subtle technical revolution has already taken root.

But that’s not the end of it. Electronic logging device vendors are offering a myriad of fleet-management programs, promising data collection as a form of loss control.

“And what we see is that the predictiveness of the telematics data is very powerful,” said Karen Bailo, senior controller for commercial lines, during Progressive’s second-quarter earnings presentation last August. “And there’s a lot more we can do with that data.”

Predictiveness appears to be exactly what the commercial auto line needs right now.

According to an analysis published by the Swiss Re Institute in the fall of 2019, the line has also suffered from adverse reserve development each year since 2012.

Increasing claims costs were driven by general inflation and health care expenses, but more worrisome is a trend that Swiss Re and others label “social inflation.”

Swiss Re said defendants face more aggressive plaintiff’s awards and more consumer-friendly juries. The reinsurer points to research by the Shaub, Ahmuty, Citrin & Spratt law firm that found the median of the top 50 single-plaintiff bodily injury verdicts in the United States climbed from $27.7 million in 2014 to $54.3 million in 2018.

In a market update published last October, Lockton Companies said that commercial auto rates have increased for 32 straight quarters. Those price increases averaged 7% to 8% in 2018 and 2019, the brokerage said.

“Catastrophic jury verdicts and settlements continue to occur at an unprecedented rate,” the report said. “High excess carriers are dealing with multiple occurrences in layers where little to no activity was expected.”

Third-party litigation funding may be part of the problem, according to Lockton. When claimants are able to turn to third parties to fund litigation, they are able to continue cases that otherwise may have been dropped.

The size of jury awards is a part of the reason for the increase in claim severity, he said. Johnson said insurers have increased premium by raising rates, but continue to post adverse development notices — meaning expenses continue to come in higher than originally anticipated.

“Those jury awards are getting bigger and bigger recently,” Johnson said. “I think juries, if you’re a big company, they are kind of pushing the cost on to them.”

Liberty Mutual also lamented the rise in “nuclear” jury verdicts. The carrier said in a viewpoint column posted on its website that public mistrust of corporations is likely leading juries to feel more sympathy toward plaintiffs and causing jurors to want to punish offenders. Also, pollsters have detected widespread public pessimism — a belief by many that “the system” isn’t working for them.

Travelers noted the impact of jury verdicts in its annual financial report for 2018.

Johnson said in today’s environment, a solid litigation management strategy is more important than ever.

If juries cannot be controlled, maybe the number of accidents can be reduced.

Accident rates causing death or injury have been on the upswing since the beginning of the last decade as both the number of miles driven and the number of vehicles on the road increased.

Data gathered by the Federal Motor Carrier Safety Administration shows that the number deaths in crashes involving large trucks and buses rose to 5,005 in 2017 from 3,957 in 2010. Three quarters of those were caused by multi-vehicle crashes. Even more concerning: The number of people injured in large truck and bus crashes rose to 170,000 in 2017 from 106,000 in 2010. 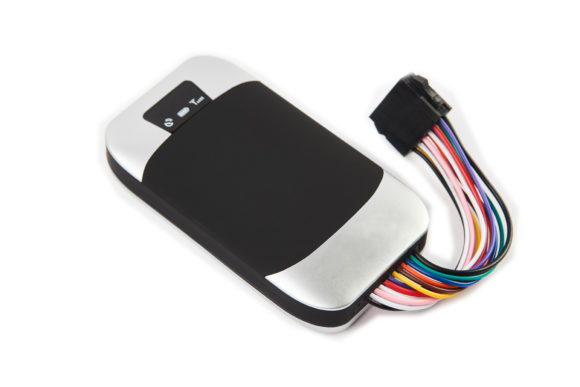 ‘And what we see is that the predictiveness of the telematics data is very powerful. And there’s a lot more we can do with that data.’

Increased congestion may be part of the problem. According to the Insurance Information Institute, the number of vehicle miles driven in the U.S. has more than doubled in the past decade. The FMCSA says the number of registered large trucks and buses increased by about 30% from 2010 to 2017.

But the fatal accident rate for large trucks measured by the number of miles driven has also increased: From 0.16 deaths per 100 million miles in 2009 to 0.22 in 2019, according to the National Highway Traffic Safety Administration.

In other words, truck drivers are more likely to be involved in a fatal accident during each mile driven than they were 10 years ago.

A lack of experience could be part of the problem.

In March, the Bureau of Labor Statistics reported that the American Trucking Association has been complaining about a labor shortage in the trucking industry since at least 2005. So the bureau tasked its economists to study the issue. They concluded that the perceived shortage is more nuanced.

Overall, that migration of truck drivers to other occupations is similar to other blue-collar occupations, the BLS report says. But the market does appear to be “tight” for long-haul truck drivers, which makes up between one-sixth to one-fourth of employment for truck drivers.

That means, each driver hired by a large long-haul trucking company will likely move on in a little more than a year. Local delivery truck drivers (more technically, those who deliver less than a full truck load at a time) tend to last about eight years.

The BLS report said those high turnover rates doesn’t translate into a shortage of drivers. Instead, the numbers show that long-haul trucking is unattractive to many potential employees. Employers do not have the flexibility to increase prices to spend more on labor, the economists said.

“These characteristics result in labor market conditions in which individual firms are forced to accept high turnover as a cost-minimizing response to their competitive position in the market for their outputs,” the report said.

Traditional loss-control measures, such as safety and training programs, may not be a great fit for companies that replace their entire labor force every year or two. That leaves an opening for technology.

The Federal Motor Carrier Safety Administration projected that the new rules requiring electronic logging devices will lead to 1,844 avoided crashes annually, with 562 fewer injuries and 26 lives saved each year. But an even bigger savings might be from monitoring driver behavior.

Progressive was an early adopter of telematics in commercial auto. During the second-quarter earnings conference call in August, Progressive controller Karen Bailo said the carrier was “well-positioned” in 2017 when the federal government announced final rules to require electronic logging devices because it had already invested in telematics through Snapshot.

The insurer offers discounts of up to 18% to commercial accounts that participate in its Smart Haul telematics program, which was built off the Snapshot program that it uses in the personal auto space. Progressive said in financial statements that it has expanded the Smart Haul program to 46 states.

Smart Haul is an “early generation” telematics program, but even so the data that it collects leads to more meaningful predictions than predictions made from personal auto data, she said. The variance in driving habits among commercial drivers are greater than the variance among personal auto customers.

“Results are also really terrific,” Bailo said. “We’re seeing that Smart Haul quotes are converting at a rate of more than double our normal trucking business and the savings is substantial at around $1,400.”

Progressive reported that its net written premium from commercial auto has increased from 10% to 25% annually from 2014 to 2019, rising from $1.9 billion to $4.4 billion in 2019. During that time Progressive made its mark as the largest commercial auto writer in the nation, with 10.9% of the market.

Progressive’s loss ratios show the power of big data. Its combined ratio was 86.7% in 2018, “an impressive result given record growth in premium and an influx of much new business,” the carrier said.

Those results are also impressive when compared to Progressive’s competitors. Fitch Ratings reported in August that the average loss ratio for commercial auto was 108% for U.S. carriers in 2018, the ninth year in a row that the line delivered an underwriting loss.

And Progressive is just getting started. The company said its hoping to dominate the $4 billion small fleet market through a Smart Trip program that will offer value-added benefits to policyholders such as alerts when drivers speed and digital maps that show fleet owners the location of every truck.

Others are investing, as well. CB Insights reported that investors had made 27 deals with trucking tech startups in the first five months of 2019, amounting to a total investment of $2 billion, according to Transport Topics. That follows $4.6 billion in investment in the sector in 2018. 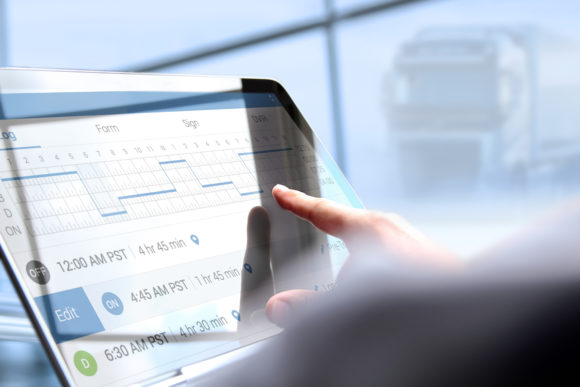 Big data may be part of the solution for commercial auto. Some say it is certainly a part of the problem.

Tommy Ruke, founder of the Motor Carrier Insurance Education Foundation, said after the Federal Motor Carrier Safety Administration started assigning Compliance, Safety and Accountability scores to trucking companies in 2010, trial lawyers started using the data to argue that the corporate owners should be held accountable for their pattern of ignoring safety rules.

The so-called CSA scores — the mainstay of the agency’s safety compliance program — are built off data from roadside inspections, including driver and vehicle violations, crash reports from the last two years, and investigation results.

Ruke said trial attorneys aren’t always able to enter CSA scores into evidence after a crash, but they almost always try to. When they succeed, they are able to generate juror sympathy and generate big awards. He said its basic reptile theory: jurors who fear something adverse may happen to them react by punishing the entity that poses that risk.

“Who hasn’t been out on the road and scared by a big rig?”

Ruke said technology can bring some protection for truck owners at a relatively small cost. He said event recorders that switch on when sudden movement is detected can shorten lengthy investigations by claims adjusters and also save money by avoiding litigation in claims that clearly should be settled.

Ruke said some insurers have begun to require devices such as event recorders and telematics to track driver habits as a condition of writing coverage. Some even subsidize the cost of installation.

Ruke said most large motor carriers have installed technology such as driver assistance devices, event recorders and telematics because they have large deductibles on their policies and see the savings. He said small trucking companies can at least make small investments.

“All (motor) carriers should have forward-facing cameras,” he said. “I have no idea why they are not installing them. They are relatively inexpensive — $400 or $500 — and they record what happened.”

Greg Baumgartner, a Houston personal injury attorney, said it seems to him that most large trucking companies have installed video on their big rigs, an investment that benefits the public by increasing safety and at least some of the time benefits defendants by recording what happened. He said similarly, electronic data logs can help eliminate questionable claims by providing proof that drivers operated according to regulations.