Many real estate consumers don’t think about insurance very much. Most assume coverage is always available — just a phone call away. Few worry that insurance won’t be there. But what if such assumptions are wrong?

The real estate marketplace — and with it a big chunk of the nation’s economy — is dependent on insurance in one form or another. It’s the inter-related web of insurance and insurance-like financial structures that keeps buyers coming back for more houses and investors demanding more mortgages.

Yet the reality is that risk factors are in transition and new liabilities increasingly impact the marketplace. More and more consumers face higher insurance standards, steeper costs, fewer options and sometimes no options at all. Risks that were rare yesterday are increasingly common. Marginal properties are being washed out of the system and with them home sales and mortgage originations.

The most visible changes — but not the only changes or arguably even the biggest changes — relate to claims from such things as floods, fires, and droughts.

“Most insurance and reinsurance companies are getting smart on climate change and extreme weather events and what it will mean for their viability in the coming years and decades,” said Mark Gibbas, president and CEO with Weather Source.

Gibbas said that efforts are now underway to plan for insurance coverage in the future. The Task Force for Climate Disclosure (TFCD) is an organization that is advocating for banks, financial institutions, reinsurance/insurance, and similar companies to engage on climate change so as to not be blindsided from it, he said. The Task Force has more than 500 supporting organizations worldwide, including U.S. backers such as Accenture, Bank of America, Blackrock, CalPERS, Citi Group, and others.

Insurtech companies like Cape Analytics are applying big data concepts to property data from ATTOM Data Solutions along with other datasets to help insurance carriers and others take action to reduce their exposure to risk associated with the changing climate, according to product manager Kevin Van Leer.

“Whether during underwriting, rating, or renewing, information about properties is critical for carriers to understand their exposure to growing risks from climate change-driven impacts,” he said. “Data ranging from wind and hail-related information such as roof geometry and roof condition to wildfire risk factors like fuel load and vegetation clearance, allow insurers to innovate new products and proactively work with their customers to prevent damage to their homes, before a catastrophe strikes. At Cape Analytics, we generate new forms of actionable, risk-relevant data, using computer vision and machine learning to analyze aerial imagery of properties across the U.S.”

“Insurance carriers will certainly cancel policies in instances where there are repeat fires and often do not provide coverage in high-risk areas,” said Robyn Markow, AVP of client relations with the Quality Claims Management, a licensed public adjuster that provides hazard insurance-related services to the mortgage industry and consumers.

“As California wildfires grow larger and more intense,” reported the Los Angeles Times in August, “an increasing number of insurance companies are not renewing policies for customers who live in areas they deem too risky to cover. The state estimates that more than 1 million California homes are considered at high risk for wildfires.”

According to the paper “a California Department of Insurance report found that the number of homeowners in the wildland-urban interface who complained about getting dropped by their plans more than tripled from 2010 to 2016. Complaints about increased premiums rose 217 percent.”

Not so fast, say the insurance companies. Dropping policies is not something done lightly. “Issuing a non-renewal notice to a home insurance policyholder, however, is something an insurer does with great reluctance,” said Michael Barry, head of media and public affairs for the Insurance Information Institute.

In 2017 Hurricane Harvey hit Texas and Louisiana, especially the Houston area. Risk Management Solutions (RMS) estimates that insured losses might amount to as much as $40 billion. That’s a big number, but what’s really big is the overall impact. According to the National Oceanic and Atmospheric Administration (NOAA), the storm produced $127.5 billion in total losses.

What does the public do when confronted with more than $80 billion in uninsured storm losses? Figures from ATTOM Data Solutions show that as of July 2018 foreclosure starts were up just 7 percent in Texas. That’s not a big number but don’t let the state figure fool you. In Houston foreclosure starts increased by 76 percent — the third consecutive month with a double-digit year-over-year increase.

And yet Houston homes continue to sell. Not just after Hurricane Harvey but also after the Memorial Day floods in 2016 and 2017. The National Association of Realtors found Houston home prices in the second quarter were up 3.7 percent from a year earlier.

One reason home values are rising in high-risk areas is simply that local populations are increasing. Between 1980 and 2017, The Wall Street Journal said, “Gulf and East Coast shoreline counties, those vulnerable to hurricane strikes, increased by 160 people per square mile, compared with 26 people per square mile in the rest of the mainland, over the same period.”

Houston home prices are rising despite three “500-year” floods in three years. It seems counterintuitive, but the Houston phenomenon is commonplace. Across America, homes in disaster-prone areas are in demand. Research from ATTOM’s 2018 U.S. Natural Hazard Housing Risk Index found that median home prices in high-risk cities appreciated 40 percent in the last 10 years. That’s 1.7 times the appreciation in the overall U.S. housing market during the same time period.

Still, there are signs that demand for homes may be weakening in areas high risk for specific types of natural hazards — namely flood, hurricane and wildfire, all three which were the cause of substantial damage to homes in 2017. The ATTOM report shows that median home prices in the highest risk category for flooding are up 12 percent compared to 10 years ago, half the overall market appreciation of 24 percent. Home price appreciation in areas at the highest risk for hurricane storm surge and wildfire also tracked below the overall market.

As home prices continue to rise, even in areas at high risk for flooding, lenders can no longer rely on outdated appraisals to determine how much insurance is needed for homes securing loans. 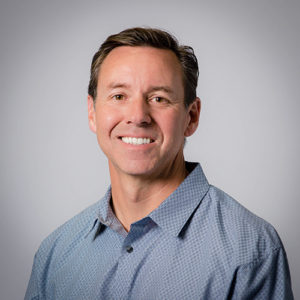