The insurance and long-term savings sector is one of the UK’s most productive industries, adding more than £40 billion (US$51.5 billion) a year to the economy and helping Britain thrive, according to a study commissioned by the Association of British Insurers (ABI).

The UK also is the world’s leading exporter of insurance and long-term savings, selling £13 billion ($16.7 billion) more to the rest of the world than is bought from abroad, said the analysis which was compiled by London-based economic consultancy Volterra.

“The insurance and long-term savings industry is a jewel in the UK’s crown – leading the world in exporting insurance and pension services and helping Britain thrive,” said Huw Evans, ABI Director General, in a statement.

“The sector provides hundreds of thousands of quality careers, three-quarters of which are outside of London,” he added.

“Ensuring the continuing success of such a productive sector is something the UK representatives should have at the front of their minds during negotiations with the EU,” he said. “The right Brexit deal for insurers benefits the UK economy, thousands of UK employees and all the other businesses the sector supports on a daily basis.” 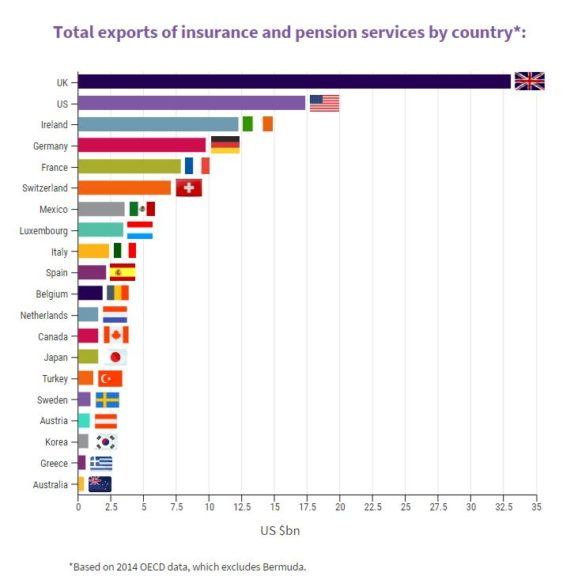