The U.K. fracking industry suffered a fatal blow as the Conservative government ended its support for the controversial practice. 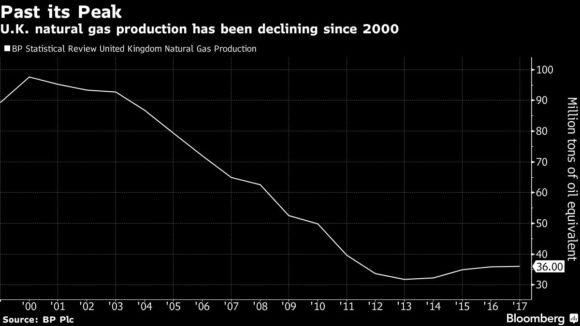 The move underscores the unpopularity of the technique, which involves injecting water and sand into well-bores under high pressure. It also indicates a growing consensus between the main political parties about the need to zero out fossil fuel emissions by the middle of the century to rein in climate change.

Prime Minister Boris Johnson’s administration acted before campaigning for an General Election starts next week. His Conservative Party is fighting to retain votes in rural areas in northern England where the shale reserves sit.

Cuadrilla had no immediate comment and Ineos’s press office didn’t respond to phone calls or emails outside normal office hours.

The opposition Labour Party said the Conservative government moved too slow in imposing the ban.

“It is over eight years since fracking caused earthquakes near Blackpool,” said Rebecca Long Bailey, the Labour member of Parliament who speaks on business and energy. “The Tories owe the public an apology and an explanation of how much public money they wasted while ignoring the science.”

Ministers decided to implement a ban on new permits for fracking wells after new scientific evidence from the Oil & Gas Authority. The regulator found that it’s not possible to accurately predict the probability and magnitude of earthquakes caused by fracking.

As recently as August, the government supported fracking and said it saw shale gas as a crucial domestic energy source that can cut imports and help a transition away from coal. The U.K. is a major importer of liquefied natural gas, which has transformed the market in the past in the past decade, but the price of the commodity is extremely volatile and the price paid depends on global demand.

Cuadrilla and Ineos had been pushing for the government to relax regulations so they could start producing gas domestically. They argued that the limits on tremors are much stricter than elsewhere in the world and make it difficult to have commercially viable prospects in the U.K.

“Whilst acknowledging the huge potential of U.K. shale gas to provide a bridge to a zero carbon future, I’ve also always been clear that shale gas exploration in the U.K. must be carried out safely,” said Andrea Leadsom, the U.K. Energy Secretary. 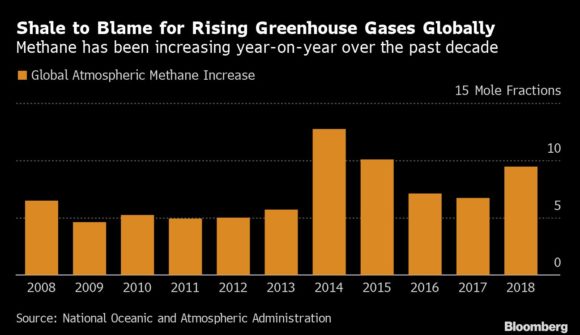 Pressure from large-scale environmental protests and widespread public opinion has damped the enthusiasm for the fossil fuel as the U.K. strives to put more climate friendly policies in place. But the industry isn’t giving up. Lobby group U.K. Onshore Oil and Gas plans to demonstrate that companies can operate safely and in an environmentally friendly manner.

“Flow testing and core sampling across Lancashire and North Nottinghamshire show that our high-quality indigenous gas can reach the surface, leaving the U.K. with no excuse to continue importing overseas gas,” said Ken Cronin, head of UKOOG.

Fracking operations at Cuadrilla’s Preston New Road site in Lancashire in northern England have been suspended since August when a 2.9 seismic event was recorded, breaching the so-called traffic-light regulations. The company began drilling two horizontal wells in 2017 and this week said the gas tested from the reserve was of a high quality.

“Opening up a new fossil fuel industry in this climate emergency was always an awful idea, and it’s only seemed worse as the industry has lurched from mishap to disaster,” said Rebecca Newsom, head of politics at Greenpeace U.K.

–With assistance from Helen Robertson and Lars Paulsson.

Photograph: Casing lies on the ground in front of the drill rig. the casing is inserted into the drilled hole and screwed together, lowered down section by section. Photo credit: Bloomberg.