Drivers pulled over by the police in Michigan will be able to show proof of their auto insurance on a phone or another mobile device instead of having to provide a hard copy under legislation going to Gov. Rick Snyder for his expected signature.

The bill, which won unanimous approval from the Senate on Wednesday, “simplifies life” for drivers, said sponsor Rep. Aric Nesbitt, R-Lawton. He also predicted that insurance fraud will drop because it is harder to falsify insurance papers electronically.

The legislation clarifies that drivers can prove that their car is insured by producing an electronic copy of their insurance certificate. It prohibits police from viewing other information on a driver’s smartphone.

The officer will be permitted to require that drivers to forward an electronic copy of the certificate so the officer can verify its authenticity in a safe setting. Drivers who fail to produce evidence that their vehicle is insured are subject to a civil infraction, and judges can suspend their driver’s license. 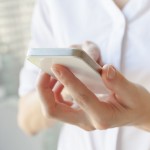 Currently, drivers who have no proof of insurance during a traffic stop or after a crash can avoid fines if they provide proof before their court appearance date. But the judge can still assess a fee up to $25.

Nesbitt said the bill will save people time and money. Michigan is the only state in the Midwest to not give drivers the option of showing an insurance certificate electronically during a stop, he said.

In 2012, Michigan prospectively eliminated extra “driver responsibility” fees imposed on people driving without insurance or proof of insurance. And a 2014 law gives drivers a one-year window to avoid hundreds of dollars in old fines by doing volunteer work instead.

Fred Woodhams, a spokesman for the secretary of state’s office, said drivers renewing their license plates in person already have been able to show an electronic version of their insurance certificate.

About 110,000 tickets for not having insurance or proof of insurance were issued in the 2011-12 fiscal year, though it is unclear how many drivers later demonstrated that they had valid insurance, Woodhams said.