Sheriff’s officials say about 20 of the 28 injured were staying at the Prairie View RV Park where high winds overturned some campers and damaged mobile homes. 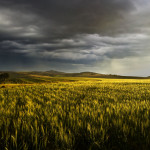 McKenzie County’s emergency manager, Karolin Jappe, says at least three people suffered critical injuries. Jappe says about 150 people are staying at the Watford City Civic Center where a temporary shelter has been set up. The Red Cross is assisting those displaced by the storm.