Satisfaction among home insurance claimants who file through agents is 50 points higher than it is for those who file claims directly. However, the percentage of customers filing through direct channels continues to increase.

That is according to the J.D. Power and Associates 2013 Property Claims Satisfaction Study, which also found that overall homeowners insurers continue to get high marks for claims handling even as they have faced two of the heaviest years-—2011 and 2012 — for claims. Overall satisfaction in the 2013 study is 832 (on a 1,000-point scale), significantly increasing from 823 in 2011 and 818 in 2010. 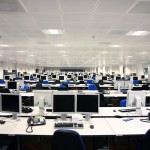 In a separate study last September, J.D. Powers said customer satisfaction was at a record high.

The most frequent reasons for filing a claim are tornado/hurricane (33%); hail (22%); and water damage not caused by weather (14%).

The study, now in its sixth year, measures satisfaction with the property claims experience among insurance customers who filed a claim for damages covered under their homeowners’ policy by examining five factors: settlement; first notice of loss; estimation process; service interaction; and repair process.

“Despite increases in both the frequency and average severity of property damage in the U.S. during the past two years, the fact that customer satisfaction remains high is a testament to how diligently the personal insurance industry has responded to its customers,” said Jeremy Bowler, senior director of the insurance practice at J.D. Power and Associates.

While overall satisfaction remains relatively stable year over year, satisfaction with the service interaction process declines by nine points in 2013, compared with 2012. Much of that drop in satisfaction likely is due to the continuing trend of homeowners filing their claim via direct channels—typically online or by calling a call center—rather than through an agent., according to researchers.

“For the industry average, the call center experience fails to deliver the same level of service as an agent,” said Bowler. “Especially during times of hardship when someone’s house has been destroyed or their valuable possessions have been lost, it’s difficult for a call center representative to replicate the personal relationship customers get with an agent. However, a select few direct insurance companies buck this trend, achieving call center service scores that compete favorably with the best agency writers.”

“The industry is definitely shifting toward direct channels,” said Bowler. “As that shift continues, the key for insurance companies is to ensure their call center representatives are fully trained to provide the claims experience their customers have come to expect. High customer satisfaction can be achieved through call centers, because some of the insurance companies that have the highest overall satisfaction in the study are direct providers, including Amica Mutual, this year’s highest-ranked insurer.”