Climate change is in the here and now, according to a massive report issued on Tuesday.

The White House’s National Climate Assessment report is part of President Barack Obama’s effort to prepare the nation for the impacts of a changing climate now and in the future.

The report was guided by a 60-member federal advisory committee and was reviewed by experts, federal agencies and the National Academy of Sciences. It highlights how individual regions are being affected and steps that can be taken to prepare for the impacts of climate change and ways to mitigate it.

Rather than painting a gloomy picture of a future where no steps to mitigate climate change have led to a harsher planet, the theme in this report is one of immediacy.

The timing of the report was criticized as a political tool for Obama to push through costly emissions regulations. 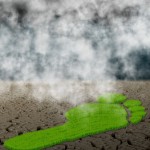 Senate GOP Leader Mitch McConnell said the report is timed so Obama can renew his call for a national energy tax that will “get loud cheers from liberal elites — from the kind of people who leave a giant carbon footprint and then lecture everybody else about low-flow toilets.”

It encourages large reductions in global emissions of heat-trapping gasses such as carbon dioxide, increasing energy efficiency, more efficient use of water supplies and better adaptation to the changes that are already occurring – the report states that the climate of the past is no longer a good basis for future planning.

“For example, building codes and landscaping ordinances could be updated to improve energy efficiency, conserve water supplies, protect against insects that spread disease (such as dengue fever), reduce susceptibility to heat stress, and improve protection against extreme events,” the report states.

The report points to an “urgent need” for decision-making that will increase flexibility and resilience in the face of ongoing and future impacts.

“Climate change, once considered an issue for a distant future, has moved firmly into the present,” the report states. “Corn producers in Iowa, oyster growers in Washington State, and maple syrup producers in Vermont are all observing climate-related changes that are outside of recent experience.”

The report highlights noticeable changes, like longer and hotter summers, while winters are shorter and warmer, and rain downpours are heavier.

“Residents of some coastal cities see their streets flood more regularly during storms and high tides. Inland cities near large rivers also experience more flooding, especially in the Midwest and Northeast. Insurance rates are rising in some vulnerable locations, and insurance is no longer available in others. Hotter and drier weather and earlier snow melt mean that wildfires in the West start earlier in the spring, last later into the fall, and burn more acreage. In Arctic Alaska, the summer sea ice that once protected the coasts has receded, and autumn storms now cause more erosion, threatening many communities with relocation.”

The reaction from one of the insurance industry’s largest associations was not one of shock or urgency – or denial – but more like “we’ve been preaching this all along.”

The “this” the Property Casualty Insurers Association of American has been talking about for quite some time is resiliency, said David Kodama, PCI’s senior director for research and policy analysis.

“We will use that as an opportunity to reinforce the need for proactive preparedness,” Kodama said.

Following the report, PCI will continue its campaign to educate the insurance marketplace about the growing number of risks associated with phenomena like hotter weather or more severe storms.

PCI has joined with the National Oceanic and Atmospheric Administration on a national risk preparedness campaign to drive home the preparedness and resilience message in the face of extreme weather.

While there are insurance industry takeaways in the report, Kodama said each insurance company will have to take a look at its own risks, what they are and how much risk they have in areas affected by climate change as outlined in the report.

And there’s a great deal of volatility in these risks, so just how much risk is out there and how to deal with it is still a big unknown for the industry, he said.

“This is all good information to have, but how does it impact the underwriting for the next 12 months? That’s still an unknown,” Kodama said. “We don’t know what kind of hurricane season we’ll have from June through November. You could have high activity, but not a lot make landfall, or you could have few hurricanes but only one hits and it’s the next Hurricane Sandy.”

He added, “That’s the challenge with taking these type or reports and saying ‘What does this mean for the insurance industry?’ It’s still something that needs to be assessed and evaluated for each company.”

Lindene Patton was on the National Assessment Development and Advisory Committee and she helped organize and develop the report.

“The point there was to try and take this science … and make it accessible and make it actionable,” she said. “So it can be used by businesses and the community to improve resilience and get prepared. To understand vulnerabilities, and make plans.”

Patton is the chief climate product officer for Zurich Insurance Group, although she was not speaking for the carrier, but in the role of her federal appointment on the committee.

Patton and others involved in the report say it’s the first of its kind to offer up a climate change picture from regional standpoints.

“The report gives information on changing risks in every region of the country,” said John Posey, director of research for the East-West Gateway Council of Governments, who was involved in developing the report. “For example, it highlights increasing risk of wildfires in the Southwest, increasing flooding risk in the Midwest, and risk of coastal flooding in the Southeast. There is something of interest to every American in this report.”

The report details by regions the present and future impacts its authors say are being driven by climate change:

The Northeast, where 64 million people are concentrated, depends on aging infrastructure that has already been stressed by climate hazards including heat waves and heavy downpours. More than any other U.S. region the Northeast has experienced a greater recent increase in extreme precipitation. The Northeast saw more than a 70 percent increase in the amount of precipitation falling in very heavy events between 1958 and 2010.

In the Southeast the sea level rise poses widespread and continuing threats to the region’s economy and environment, while extreme heat and decreased water availability will also have economic and environmental impacts.

In the Midwest, which includes Illinois, Indiana, Iowa, Michigan, Minnesota, Missouri, Ohio and Wisconsin, longer growing seasons and rising carbon dioxide levels will increase the yield of some crops, but those benefits will be offset by extreme weather events to eventually produce a decrease in agricultural productivity.

In the Great Plains rising temperatures are leading to increased demand for water and energy. Parts of the region will see constrained development due to these factors. New agriculture practices will need to be developed to cope with these changing conditions.

In the Southwest region, which includes Arizona, California, Colorado, Nevada, New Mexico and Utah, increases in heat, drought, insect outbreaks and wildfires are being driven by climate change. Declining water supplies, reduced crop yields, and flooding in coastal areas are other problems.

Changes in the timing of stream flow are reducing water supplies in the Northwest, where sea level rise, erosion, inundation, risks to infrastructure and increasing ocean acidity are threats. Other threats from climate change in the Northwest include wildfire, insect outbreaks and tree diseases.

The largest state in the U.S. is facing some of the most severe effects of climate change. Alaska has warmed twice as fast as the rest of the nation, sea ice is rapidly receding, thawing permafrost is leading to more wildfires and rising ocean temperatures and acidification will alter marine fisheries.

In Hawaii, warmer oceans are leading to increased coral bleaching and disease outbreaks, as well as changing distribution of tuna fisheries, while freshwater supplies will become more limited on many islands. Coastal flooding and erosion are expected to increase, and mounting threats to food and water security, infrastructure, health and safety will lead to increasing human migration.

Some critics of the Obama Administration saw the report as proof that more federal regulations are not the answer.

Senate Western Caucus Chairman John Barrasso, R-Wy., said in a speech responding to the report that it inadvertently makes the argument that environmental stewardship should be carried out at the state level.

“As this report demonstrates, extreme regulations imposed by Washington undermine the work being done at the state level. Whether it’s to manage lands, to manage natural resources, protect air and water, or conserve species,” Barrasso said.

Posey, with the East-West Gateway Council of Governments, said he hopes people who read the report take away a few distinct messages.

“Climate change is already happening,” he said. “It’s not a problem for the future.”

He said the report outlines several steps individuals and communities can take to reduce vulnerability to climate change impacts.

He said the report emphasizes ways to mitigate and adapt to the impact of climate change, and the latter is one way in which the insurance industry can get involved.

“Precipitation patterns are changing, sea level is rising, the oceans are becoming more acidic, and the frequency and intensity of some extreme weather events are increasing,” the report states. “Many lines of independent evidence demonstrate that the rapid warming of the past half-century is due primarily to human activities.”

“What is new over the last decade is that we know with increasing certainty that climate change is happening now,” the report states. “While scientists continue to refine projections of the future, observations unequivocally show that climate is changing and that the warming of the past 50 years is primarily due to human-induced emissions of heat-trapping gases. These emissions come mainly from burning coal, oil, and gas, with additional contributions from forest clearing and some agricultural practices.”

“The most recent decade was the nation’s and the world’s hottest on record, and 2012 was the hottest year on record in the continental United States,” the report states.

That’s not the worst news in the report.

Temperatures are projected to rise another 2°F to 4°F in most areas of the United States over the next few decades, and by the end of this century the report projects a roughly 3°F to 5°F rise in temperatures even under a lower emissions scenario, which would require “substantial reductions in emissions.”

Without these substantial reductions the report projects a 5°F to 10°F rise in temperatures.

Prolonged periods of high temperatures and persistence of high nighttime temperatures in many locations over the past half century have become associated with droughts and longer wildfire seasons and larger wildfires, the report states.

“Evidence indicates that the human influence on climate has already roughly doubled the probability of extreme heat events such as the record-breaking summer heat experienced in 2011 in Texas and Oklahoma,” the report states. “The incidence of record-breaking high temperatures is projected to rise.”