Earlier this week after over a year in development, insurance agency America First Insurance Group was launched, claiming it is the country’s first conservative insurance group.

“We felt the conservative customer was slowly being kicked to the side,” said Tony Lani, CEO, co-founder and spokesman, in an email to Insurance Journal. “There are insurance companies that support and contribute to causes that we wouldn’t necessarily support or give to.” 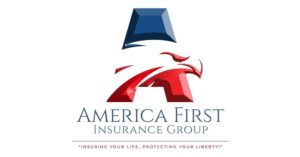 In a video on the company’s website, Lani said, “As this country becomes a more divided nation, I’ve noticed that more companies have become more ‘woke.’ Many are funneling money to left-leaning causes and supporting ideologies that we as conservatives don’t believe in.”

Asked if he thought the insurance industry was too left-leaning, Lani said not as a whole, but more companies are “becoming too afraid to take a stand when it comes to having conservative beliefs and values.” He said companies are “feeling pressure from outside groups to offer services or support causes that they normally wouldn’t think to support.”

Lani, a second-generation insurance agent with over 25 years’ experience in the industry, said Dallas-based AFIG is “unapologetically conservative” and will serve conservatives’ needs and values.

Lani said his many carrier partners are highly rated companies and AFIG does its best to “vet partners, but we wouldn’t necessarily know what causes they may be donating to or supporting.”