The family of an 18-year-old who was shot and killed after brandishing a knife at two Medford, Ore. police officers has filed a $2 million wrongful death lawsuit against the city.

Family members called police in January 2012 when a fight broke out as they were cooking dinner, the Medford Mail Tribune reported Wednesday.

When officers arrived, two stood near the front door as Elias Ruiz came out, wearing a protective vest and armed with a butcher knife that he waved at the officers.

One officer was holding a gun, the other a stun gun. They told a grand jury they fell backward when Ruiz emerged. Evidence given to the grand jury showed they fired nearly simultaneously. 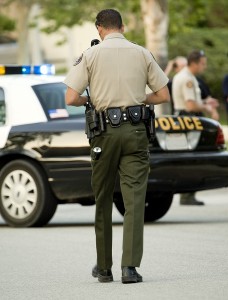 The family alleges that the city failed to train its officers adequately for such situations.

“The young man was emotionally distraught, but no danger to anyone but perhaps himself,” said attorney Gregory Kafoury of Portland. “Instead of stepping back and seeking to calm the situation, the police forced an unnecessary confrontation. The result was as predictable as it was tragic.”

The grand jury ruled the use of force was justified.

Police Chief Tim George said after the shooting that Officer Jason Antley, who had his gun drawn, had been with the force for nine years, was a defensive-tactics instructor and had been trained in suicide prevention. He said Officer Brian Hall, who had the stun gun, was a 17-year officer who had been a member of the SWAT team for 13 years and also had extensive training in suicide prevention.

Kafoury has said that Ruiz sometimes wore the bulletproof vest in his home because he feared gang violence and the police.